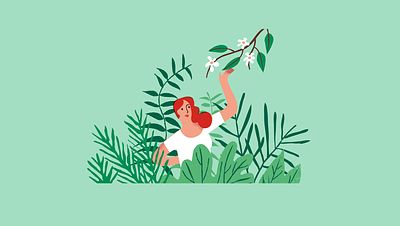 A Good Way of Doing Business

It all came good for Caroline Duell, the founder of a company selling a range of products that are good for people and the planet. Her secret? Sticking to her principles.

Starting a business wasn’t in Caroline Duell’s plans. When she developed a herbal healing salve with ingredients found on an organic farm in California, she never imagined it would turn into a bestselling product and launch a company called All Good. 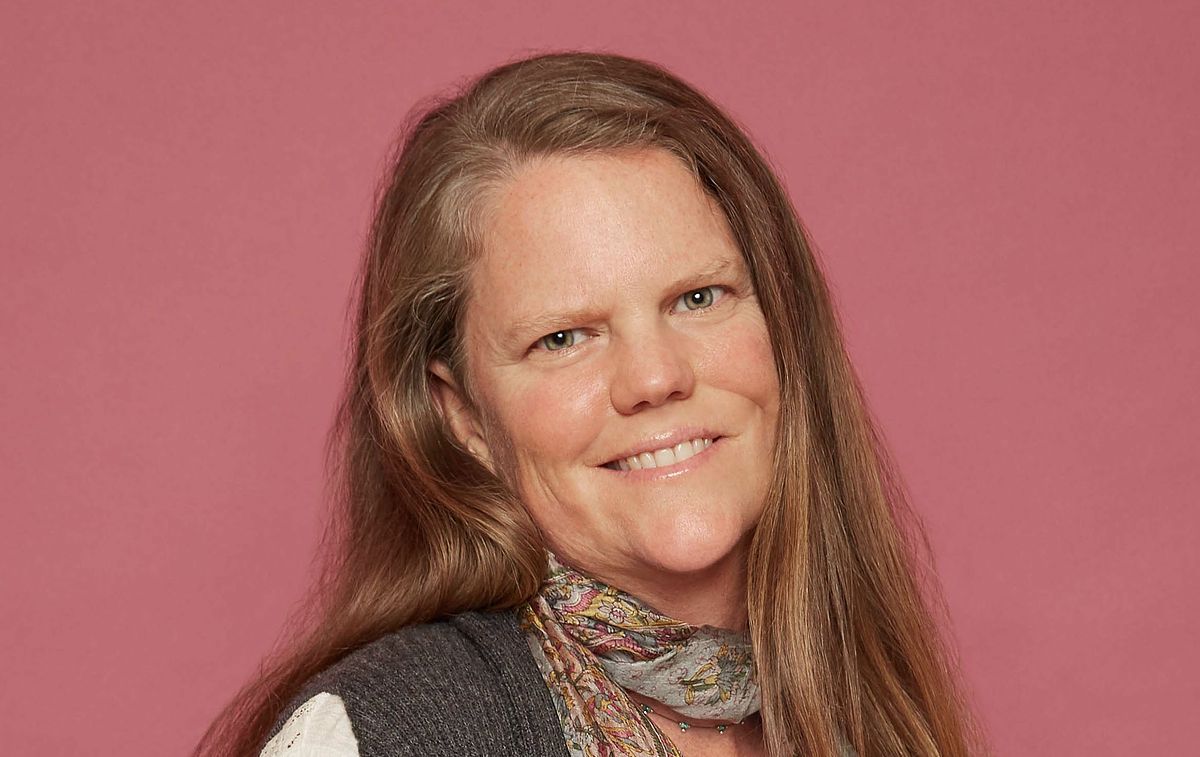 “It was really just a hobby,” explains Caroline, who was initially resistant to the idea of a business. “I was always finding new, fun ways to package things and sell them from the farm and that was just part of it.” The salve - simply called All Good Goop - was first sold at local farmers’ markets.

It is now part of a range of skincare products that are organically made and ethically produced, with ingredients only found in nature. “All Good’s vision is that people are inspired to live in balance with nature,” Caroline tells Invest for Good.

This is not just lip service; the founder and CEO lives by this vision every day. Speaking from her farm in San Luis Obispo via video, an unbroken expanse of blue sky behind her, it’s clear that Caroline spends her days enjoying the beauty and healing power of nature.

There's potential, I think, for businesses that scale to become enormous multinational corporations that just sink their profits. They don’t consider the ramifications of that on both their supply chain and the entire chain of their products.

Walking around the farmland, she points to a perennial bed with lavender and yarrow, and neat rows of kale and asparagus. The area is crowded by trees rich with glossy green leaves. “Those are satsuma mandarins, they’re citrus trees,” Caroline confirms. In the background, a rooster crows. She takes off to the greenhouse where calendula flowers are drying, one of the essential ingredients found in All Good Goop. “Calendula is an antimicrobial, antiviral, skin-rejuvenating plant that when it grows up produces these beautiful orange flowers,” she says, plucking one from a rack. 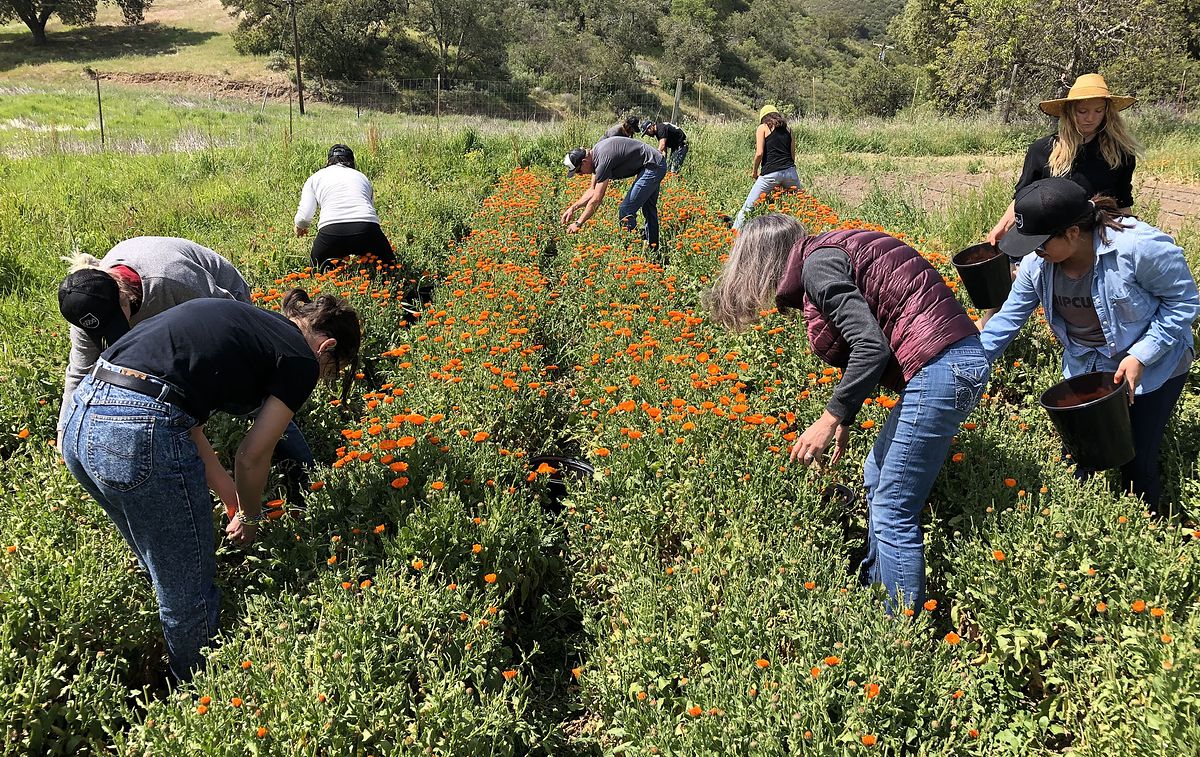 Settling onto a bench with filtered sunlight behind her, Caroline explains that her reluctance to launch a company had something to do with believing that businesses meant bad. “There’s  potential, I think, for businesses that scale to become enormous multinational corporations that just sink their profits. They don’t consider the ramifications of that on both their supply chain and the entire chain of their products.” As a result, the CEO has been careful to safeguard the company’s values and to not compromise on its botanical roots. As Caroline once said to an audience, All Good was going to be about “bettering, not biggering”.

One of the goals is to become carbon neutral by the end of 2020, and the company is a member of 1% for the Planet, a commitment to give 1% of sales to environmental causes. All Good also became Certified B Corp, which means that it has a governance structure, as well as practices, that balances purpose with profit. “We’ve been so clear about being purposeful in our decisions,” the CEO notes. “I’ve also been humble in making changes when we can.”

When Caroline discovered that chemical sunscreens were causing untold harm to coral reefs, she quickly leapt to action. She launched a grassroots campaign to educate people about the importance of choosing active sunscreen ingredients like zinc oxide, and developed her own reef-friendly range of products. One of her partners is Sustainable Coastlines Hawaii, an organisation that inspires people to care for their coastal communities. It has been proven that fragile ecosystems can recover from the damage we inflict, something which gives Caroline hope. 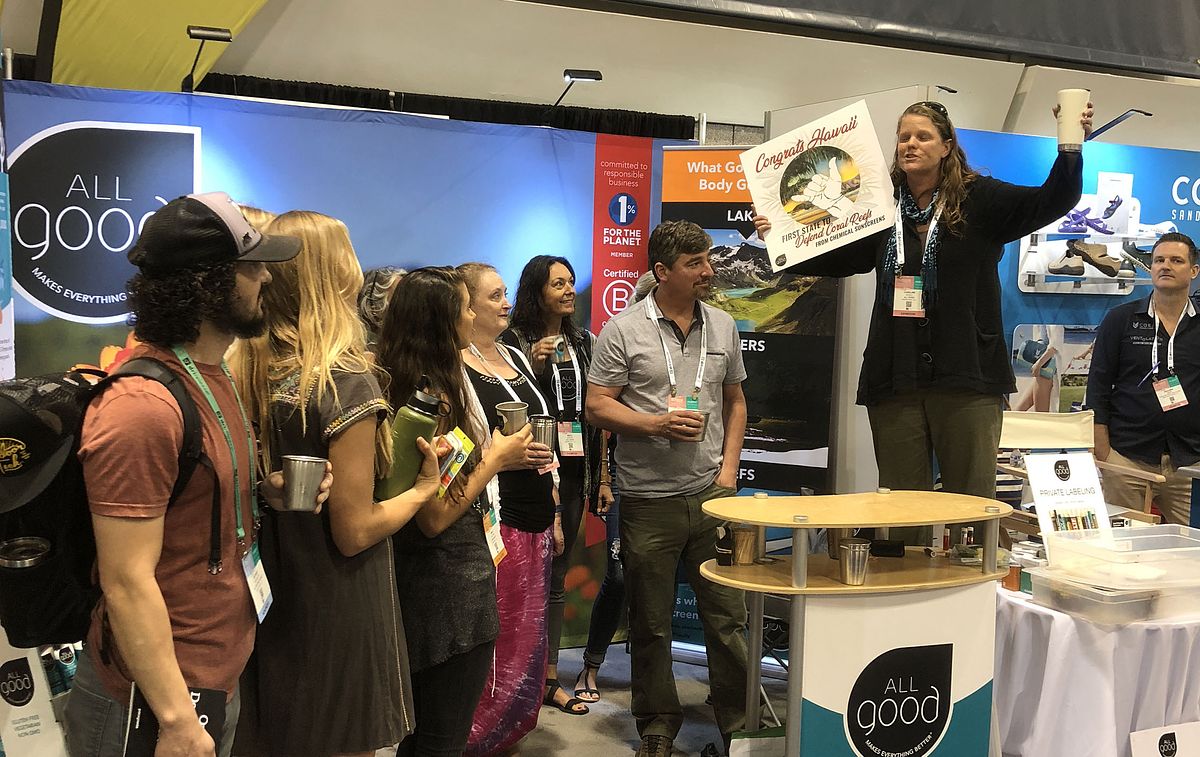 Describing herself as “eternally optimistic”, the founder says that even Covid-19 can have a silver lining. For example, she argues, there is less pollution and the skies feel cleaner: “It’s completely undeniable that the collective action of humans around the world is changing the entire makeup of our current environmental situation.” However, she adds, that doesn’t mean we should continue to shelter in place, but that there might be lessons to be learned about how we can incorporate moving forward in a way that continues to do less damage.

She believes that her own business will incur some damage from the economic fallout of the coronavirus, but it’s still too early to assess the true impact. “There is no question that people will be buying less sunscreen,” she predicts, “but they’ll be buying more of our hand sanitizer.”

Past challenges have taught the CEO not to make big decisions in a vacuum but to connect with other supportive businesses and mentors when times are tough. She also adds that she has a “valuable” board of advisors whom she trusts: “I love the matrix of connections that this business has been able to be a part of and create.”

When she was a child, Caroline simply wanted to be happy when she grew up. She studied botanical and emergency medicine in college, a foundation that taught her about the healing power of plants. She ended up being a massage therapist for 11 years and was taking people on climbing trips as a sideline. When she invented the formula that goes into All Good Goop, it was more to keep her own hard-working hands supple. She soon gave it to friends. Demand grew, however, and customers kept coming back for more. After some years, Caroline realised she had the beginnings of a business.

Access to capital in the early stages, the CEO says, was not an issue, although she recognises that some entrepreneurs struggle to get it. She received advice from a women’s business group in San Luis Obispo County and got a small business loan from a local bank “right out of the gate” without much proven revenue. “That was such a big part in the history of it all,” she recalls. “It gave me the confidence that I could do what I needed to do because somebody else was really believing in it.” 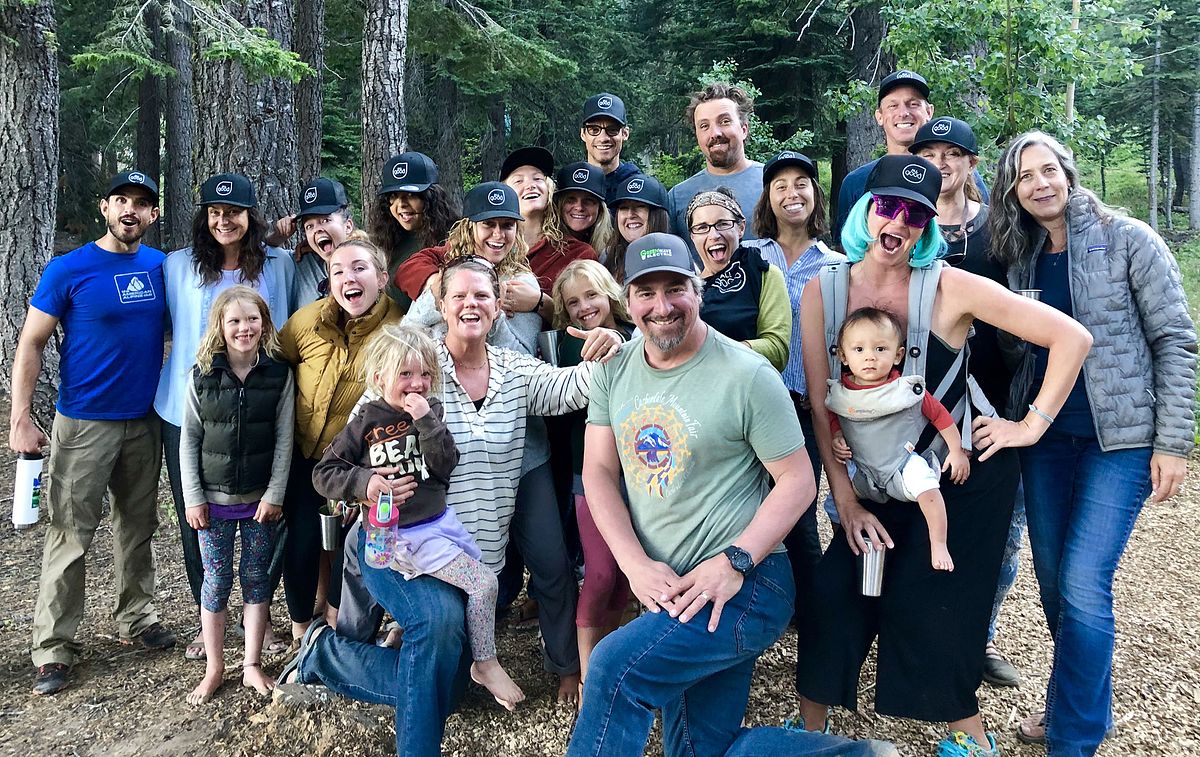 She now advises other entrepreneurs thinking about starting their own mission-driven businesses to think carefully about how they want to spend their days. “The idea phase of thinking of starting a business can be really fun,” Caroline points out. “But the day to day is very different from that. If somebody has an idea but they don’t want to spend their days actually executing that idea, then it’s probably best to think of something more simple.”

Fourteen years after launching All Good, Caroline sees herself less as a boss and more as a “DJ with a bunch of different tracks going”. It’s a role that ensures she’s always listening and supporting everyone to be the best in their designated roles. It’s more than a job, the 20-strong team at All Good is a community. More than 75 percent of them are women - described by their boss as both fun and caring. An employee perk is getting a monthly box of fruit and veg grown on the farm. Ryan, Caroline’s husband, holds his own as the vice president of sales, while their two girls (nine and four) take part in team meetings and have their own opinions.

“Running a business is really an experiment in humanity,” believes Caroline. “I’ve found that learning the finance and the hard-skills side of it has been really important. At the same time, there’s been a parallel track of making sure that we stay in good touch with the people on our team and all our stakeholders.” This includes consumers, vendors and anyone who engages in the community created by All Good.

We chose the slow road. We’re 14 years in and we’re still a small business. We’re cool with that.

There have been some mistakes along the way, but Caroline wouldn’t change the path she’s carved for herself: “We chose the slow road. We’re 14 years in and we’re still a small business. We’re cool with that.” These days, her motivation comes from her team, her loyal customers and the Earth. “Seeing nature’s resilience motivates me. I want to keep coming back to the table, to find new ways to create products that honour that.”

In everything that Caroline does, there’s a sense of maintaining a delicate balance and this is true of work and downtime. Her bookshelf is a testament to reading widely, from Beat poets to biographies. A current read is Carol Sanford’s The Regenerative Business, which she recommends for promoting personal agency in service to a common good.

She also enjoys unwinding with good food and people. “We love to cook and we love to celebrate. That’s something that Ryan I share deeply.” A perfect day might include skiing in the winter or biking through a mountain trail in warmer months. In the evening, sitting by a fire and reading with her kids. 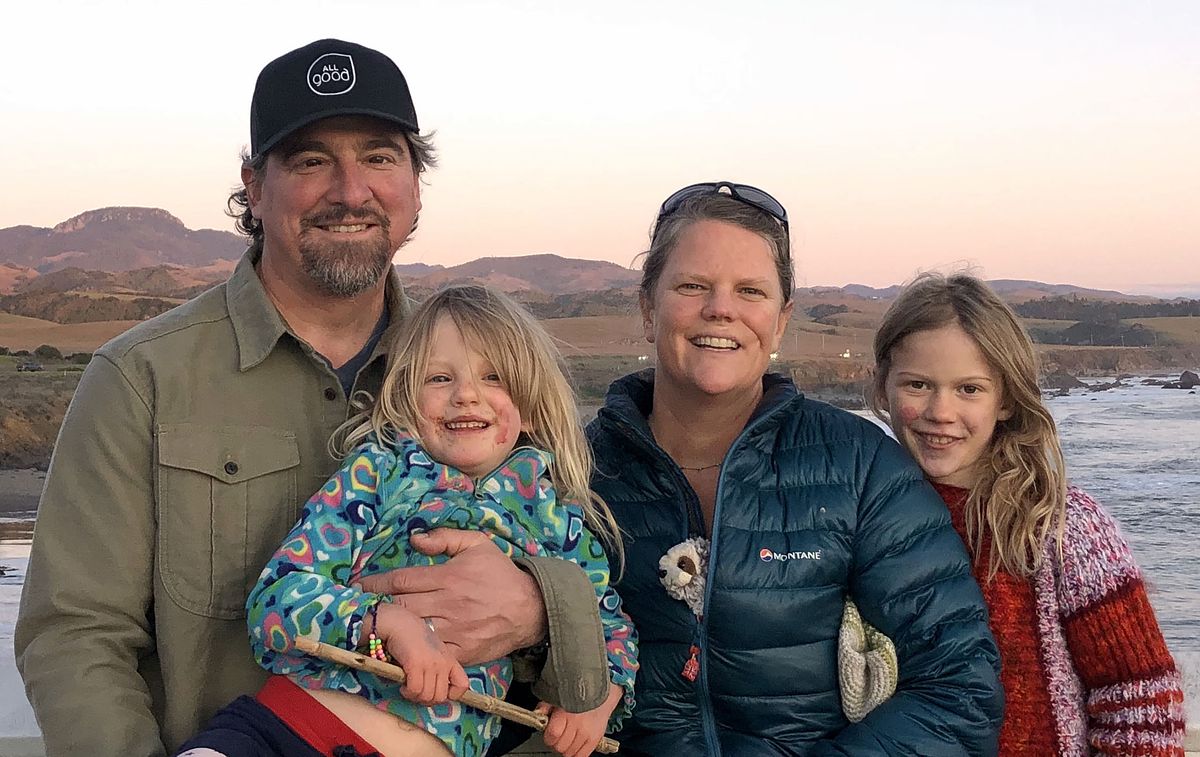 Their presence gives her hope for the future. In a moment of reflection, she says: “Having children is such a window into the possibility of optimism and how important it is.” They guide her values as a business owner as well, knowing that her decisions today are likely to “impact what future generations are going to inherit”.

And that child, now a woman, who only wanted to grow up to be happy? Guess what, she is.

Caroline Duell is the founder and CEO of All Good. Find out more about its commitment to the planet and nature-based healing by visiting the website. 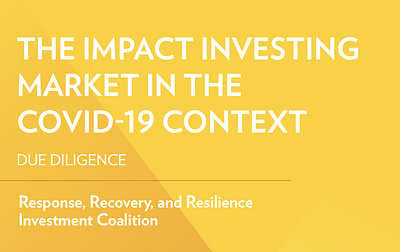 The Impact Investing Market in the COVID-19 Context: Due Diligence 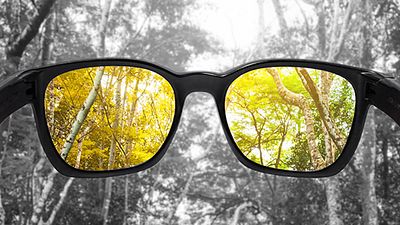 Impact investing, with its goal of delivering both financial value and social benefits, is partic... 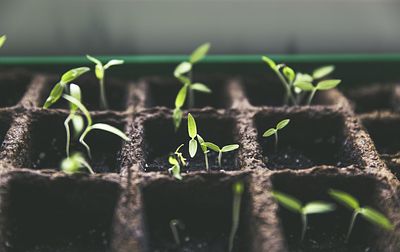 Where is the Impact Investing in the Time of COVID-19?

Some funders have responded to the COVID-19 crisis by relaxing grant requirements or even increas...