A Venture with Vision

A membership network of like-minded investors, entrepreneurs and allies motivated to build the next economy.

Once seen as a fringe movement that was being driven by left-leaning hippies, business as a force for good has come a long way in the last 30 or so years. A true pioneer in this space is Social Venture Circle (SVC), a membership network of like-minded investors, entrepreneurs and allies who are motivated to build the next economy, one that is equitable and prosperous for everyone. In tandem with this ambition, they want to push for a system that goes beyond being sustainable. In fact, the idea is instead to be regenerative, repairing some of the damage inflicted on the world in the pursuit of economic prosperity.

It’s a vision that will require drive, determination and a fair amount of collaboration. Prepared to meet the challenge is Valerie Red-Horse Mohl, the relatively new executive director of SVC, who is passionate about making a difference. In the post for about a year and a half, she was brought on board to help the U.S.-based non-profit become bigger and bolder in scope and that includes having a global focus. She estimates that the global economy is worth about $87 trillion, with 20% of that attributed to governments and non-profits. “Those other trillions out there have to be responsible for the solutions we have to find,” Red-Horse Mohl argues. “Solutions around the plastic situation and the human condition - there is so much urgency and so much need.” 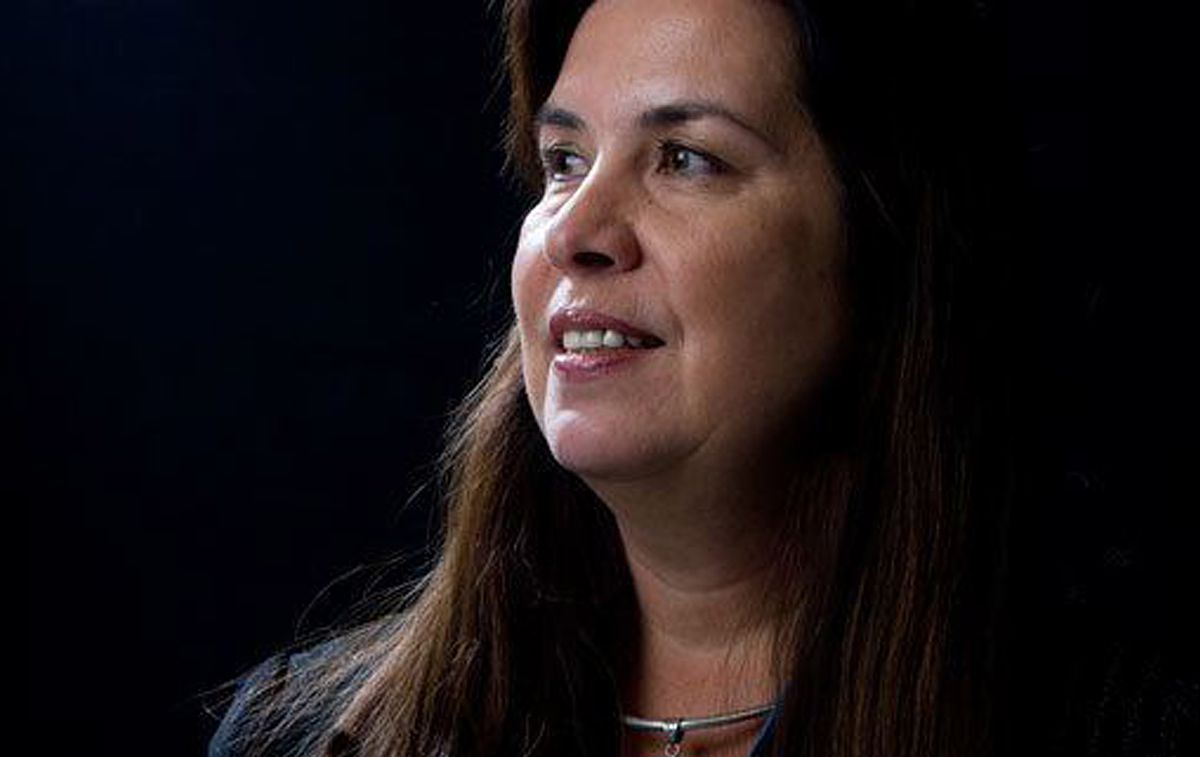 It was out of this urgent need that SVC was formed in 2018. Its current incarnation is the result of the merger of parent company Social Venture Network, established in 1987, with Investors’ Circle, a later spin-off that focused on the movement of capital into social enterprises. They joined forces to make them better equipped to lead the way in creating a movement centered on social, economic and environmental change.

The organisation certainly has a strong foundation on which to build. Original members of the parent company include Ben & Jerry’s, Eileen Fisher, Birkenstock and Seventh Generation. The latter is a leader in manufacturing non-toxic household and consumer goods. “I just have such huge respect for the [pioneering members],” Red-Horse Mohl says. "They have not stopped, they are older age-wise, but they are still heads of companies, very active, and some of them are 70 [years old] or over 70 and they are still very committed to the cause.”

One of the misnomers, the executive director tells Invest for Good, is that impact investing is a new movement being spurred by a younger generation that is increasingly concerned for the planet. In fact, the origins can be traced back to religious groups such as the Quakers and Methodists, who advocated against investments that didn’t align with their moral values. But Red-Horse Mohl does think that millenials, for instance, are putting greater pressure on asset managers to invest in companies that are delivering positive impact, or at the very least are ethical. And of course, there is now more awareness of the role we have played in damaging our fragile ecosystem. But one of the biggest changes, she believes, is metrics.

“That’s always the biggest question: if you talk about impact or being regenerative or sustainable or all of these different terms, then how do you show that?”

She explains that for many years impact investing was confused with philanthropy and almost put into the same class. However, metrics and data have convinced her that you don’t have to accept concessionary returns: “We are not talking about venture capital returns of two to five years. Sometimes it takes a bit longer - we call it patient capital - but we do see the returns actually surpassing some of the benchmarks". Red-Horse Mohl has seen that, in general, companies which stick to their impact commitments tend to be better organised, with stronger governance and protocols that make them good bets. She’s a big believer that businesses with a social impact purpose must strive to instil that notion from top to bottom, from what they make to what they do and everything in between.

She cites the example of one of their members, The Town Kitchen. Based in the Bay Area, the catering company uses primarily plant-based food, an approach that addresses some of the issues around climate change. They also hire youths from Oakland who are at risk for entering crime and dropping out of education. “If you are committed to sustainability and regenerative practices, it’s not just about the product,” Red-Horse Mohl reasons.

But young and innovative companies such as The Town Kitchen require access to capital and support for growing the business at different levels and stages, including finding the right partners and supply chain. “It’s not, ‘Oh, here’s some investment for your early stage and go do whatever you are going to do,’ clarifies Red-Horse Mohl. “It’s really about being that network of support and we call this incubating the next economy.” Part of Social Venture Circle’s purpose is to work on educating others about how to make the next economy the norm, not something that has to be called out as an exception.

Change and impact are concepts that require more than re-educating others, however, it requires collaboration. “The one thing I really like about this space is that there is the opportunity for teamwork,” says Red-Horse Mohl. “No one entity is the one who will make the difference.” She credits her own 10-strong team for punching well above their weight and addressing big issues. One new program is designed to help women and diverse fund managers receive a larger share of the capital than they would otherwise, and already they’ve had positive conversations with some of Wall Street’s bigger players. “Something like that, for me, has the potential to affect millions and billions of dollars in a positive way,” says the exec director.

Red-Horse Mohl’s own career has been largely spent working with minorities and underrepresented groups, including serving as an investment banker on behalf of American Indian tribal nations. It’s experience she has put to use as a board member of Stanford University’s Center for the Comparative Study of Race and Ethnicity. In addition, she teaches an impact investing masterclass and has a prolific career in film and TV. One of her latest projects was directing Mankiller, a 2018 documentary feature film that profiled Wilma Mankiller, the first woman to be elected principal chief of the Cherokee Nation.

Red-Horse Mohl acknowledges that she has often been the minority herself, not because she is of Native American descent, but simply for being a woman working in banking. One explanation for this, she argues, is that the “gruelling schedule” is not very compatible with family life and that requires rethinking HR policies around family leave and flexible working as one solution. Another of her solutions goes back to the idea of using teamwork to solve big problems: “I see the change happening when we work with men that are supportive and I feel that we cannot view men as enemies, because they are not”. Instead, she argues for being less “militant and shaming”.

“It’s about your own board diversity, your clean-tech policies, your footprint, equal and fair wages, LGBT equality policies. There is so much to consider.”

With such a varied background, the executive says she wanted to take the job with SVC because of passion for making a difference: “I felt that there was more I could do, and I wanted to use my knowledge of finance … I just fell in love with the [SVC] mission and they were gracious enough to offer me the position.” Already, her team, under her direction, has had a big effect on the organisation. One change is broadening the asset classes to make more deals possible. Prior to her coming on board, the focus had been on using private equity from investors to fund social enterprises, but they are now looking at a myriad of asset classes. This includes revenue-based financing, debt instruments, government programs that supplement private investment, and private and public partnerships, all of which Red-Horse Mohl has used before. The amount of money that has been facilitated by the network since the merger has doubled as a result.

But her motivation is not necessarily derived from the bottom line. “I love and continue to love being a mother and raising my children and just thinking about how they would become adults and how they would have children. When you think about that as a mother, you have to think about the future of the world around you.” She attributes the rest of her drive in equal parts to her Christian faith and her heritage, the latter of which has provided her with a sense of community and respect for the earth. Red-Horse Mohl believes that we currently have a “lack of balance” in our world. “We talk about climate change and water and chemicals and all of that must be addressed, but at the end it all comes down to the human experience.”

For this reason, she doesn’t think that impact investing will prove to be a trend that gets abandoned in time: “I think there will be mistakes along the way, but I don’t see us going backwards. It can’t happen from a human perspective and it’s like asking if the Civil Rights movement or the women’s rights movement were a bubble.” She believes that the real change will come when non-profits, the private sector and governments all work together to enact new legislation and to galvanise others. “I think we are preaching deep impact [at SVC] and just scratching the surface and I’m very hopeful that our voices will be heard, that we can make a difference. We envision it’s possible but, again, it will take a lot of people coming together.”

Valerie Red-Horse Mohl is the executive director of Social Venture Circle. The network operates an open-door policy and welcomes collaboration from all over the world. If you feel that you would like to get involved or learn more about their work, visit their website. 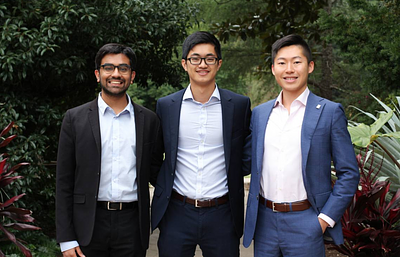 Why Duke University gave a group of students $100,000 to use on investments

Duke University set up a $100,000 investment fund for a group of students to use to gain experien... 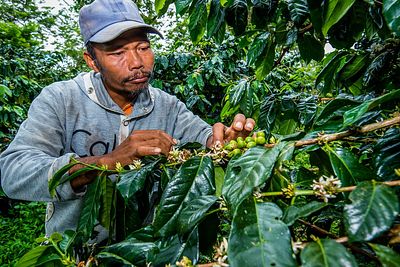 USAID is partnering with Rabo Foundation to accelerate the foundation's ability to invest sustain... 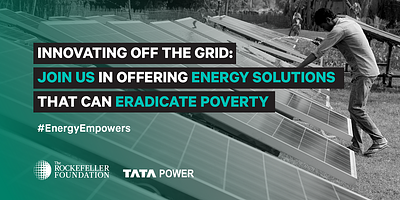