With a number of projects on the go in her native Florida, there’s no stopping social entrepreneur Felecia Hatcher in her desire to make the tech industry more diverse, inclusive and accessible.

It may not be a reality that squares with most people’s view of the United States as a country of opportunity and economic prosperity, but approximately 50 million Americans live in “distressed communities”. 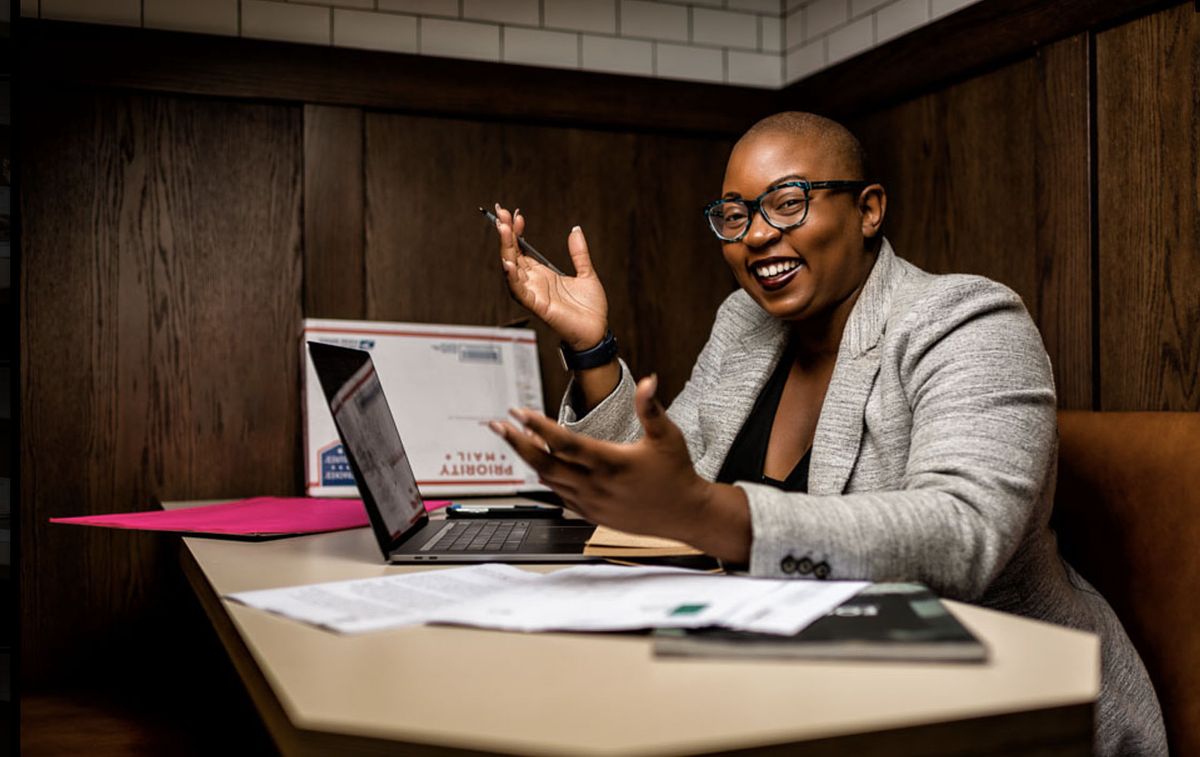 These are areas that are defined by stagnant growth, high unemployment, lack of education and poverty. They are also cut off or disconnected from areas where jobs are being created through innovation, start-ups or similar entrepreneurial activities.

Enter Felecia Hatcher, an entrepreneur, author, speaker and all-round dynamic individual. She was frustrated by the lack of diversity in tech and could see that part of the problem stemmed from what she identified as “innovation deserts”, disenfranchised communities unable to access opportunity and cut off from the innovation economy. She could also see that it disproportionately affected black or minority ethnic communities in her native Florida and beyond.

Our biggest goal is increasing the innovation potential of our communities, not just for the people who actually live there, but the outside perception of the people living in those communities

Having already started a business selling gourmet ice pops, she transferred what she learned to co-founding a nonprofit called Code Fever with her husband Derick Pearson in 2014. It initially started as a coding and digital literacy programme for underserved young people between the ages of 10 and 21 but quickly expanded. It now includes BlackTech Week, a six-day conference in Miami – as well as a nine-city U.S. tour – for potential entrepreneurs who need access to venture capital funding, business advice or help building their network.

On top of that, Code Fever has its own co-working space called Tribe and an Urban Innovation Lab. These also function as a collaborative community for startups, entrepreneurs and creatives in Miami. Soon, all the different strands will be rebranded under the Center for Black Innovation.

It’s a large remit and it comes with a lot of responsibility, but that's what happens when you’re out to create change. “Our biggest goal is increasing the innovation potential of our communities, not just for the people who actually live there, but the outside perception of the people living in those communities,” Felecia tells Invest for Good. It’s what she calls “ecosystem building”, ensuring that the tech industry is vibrant, accessible and inclusive.

It’s obvious that thinking about the big picture is important to Felecia. “If the dream only includes you, you’re not dreaming big enough,” she says, referencing a quote by American filmmaker Ava DuVernay. Speaking from her co-working space in Miami, the entrepreneur explains that she always considers the pathways she’s creating not only for herself, but also for her family, the people she’s working with and the wider community.

Another factor Felecia considers is how to make certain neighbourhoods more competitive. “When you are looking for the best and brightest, when you are looking to build something, you should think about coming to our communities, to look at our communities the way you would Silicon Valley,” she argues. As someone who once used to play basketball, she believes that communities, like athletes on a team, are only as strong as their weakest player.

To look at Felecia today, a whirlwind of energy and ideas, is to assume that she’s coasted from one success to another, but she’s had plenty of lows. When Felecia founded Feverish Pops, it was as the result of being laid off from her marketing job at Nintendo in 2008 and not being able to get another. With a shoestring budget of less than $3,000, she bought an ice cream cart from Craigslist and started making upscale popsicles that would appeal to adult tastes. 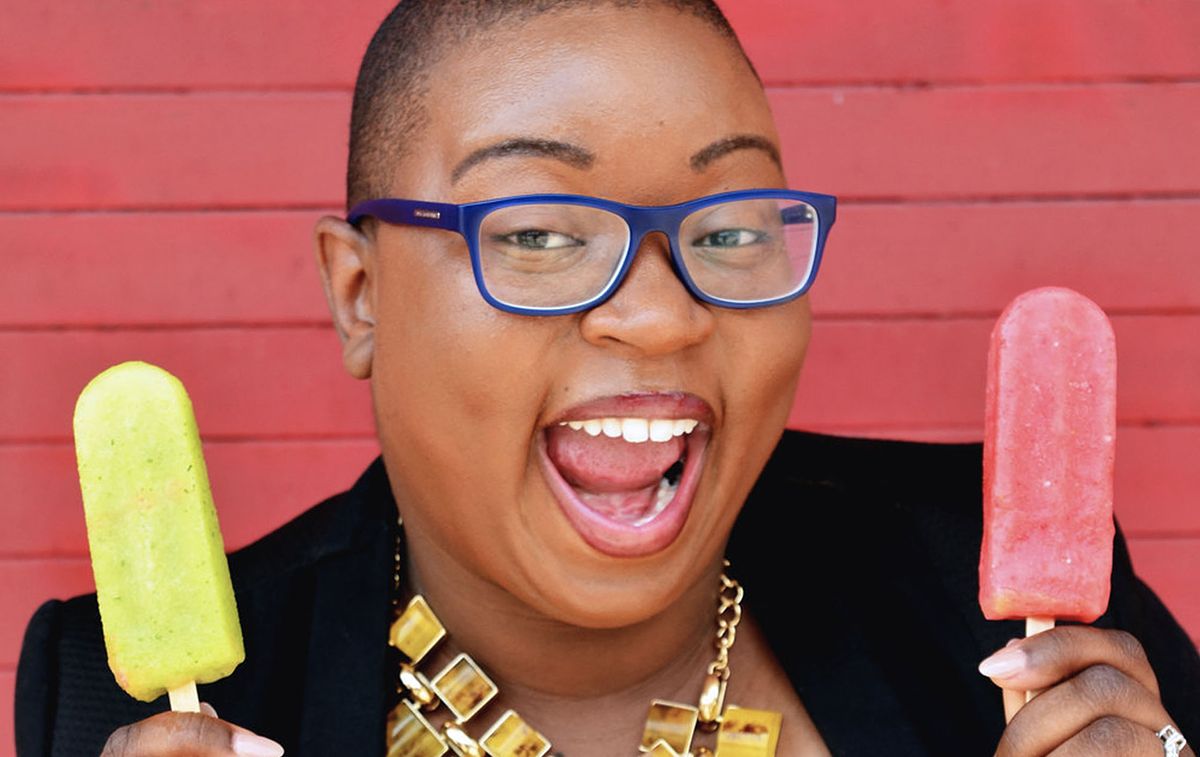 Ever the opportunist, she positioned her cart in places where adults were likely to congregate – outside nightclubs, at festivals, beaches, weddings and corporate offices. She trained local kids in South Florida to help with the carts when the business took off; and she worked with local farmers so that the popsicles were organic and sustainable. It looked like things were always going to go up, but then Felecia ran out of money. She became depressed and didn’t want to leave the house. Eventually, she attracted corporate clients such as Airbnb, Google and Adidas, but Feverish ended up being sold to a friend with an Italian ice company for a modest sum. “I had investors into Feverish and it didn’t work out,” she admits.

The “failure” story, however, is not one that we often hear about successful entrepreneurs and, if we do, it’s only to act as a counterpoint to their amazing success. “We don’t really get to those stories,” Felecia observes, “because I think we don’t do a good job of asking the right questions when these people are in front of us. Everyone just wants to hear, ‘How did you make it?’” She says she's learned from past mistakes to ask more questions, whether it’s of potential investors or others.

Her failures have of course made her even better positioned to know what attributes make for success. These include the oft-mentioned resilience, not being afraid to take risks and believing in a vision even when others don’t. "A certain level of resource magnetism is important too,” she adds. “Being able to attract people or talent, in-kind donations, whatever it is. It could be support or social shares but definitely being able to be a magnet for resources.” Unfortunately, attracting respectable funding as a black entrepreneur is a well-acknowledged problem.

That’s why much of the work that Felecia does with Code Fever and BlackTech Week centres around trust and relationship-building. “Saying I trust you enough and I trust this idea enough to make an introduction for you is probably one of the most problematic things with the work we’ve done,” the founder points out. Felecia says that people invited to an event, for instance, will pay a lot of lip-service to making introductions, yet they never pick up the phone. “This is the thing that we have to overcome in order to really be transformational for entrepreneurs.”

How transformational could it be for an entrepreneur to have a professional space that is in close proximity to where they live and what they need to do?

As of today, Code Fever has helped train over 5000 students and some of these very same young people produced a Grinch videogame in partnership with NBC Universal. Meanwhile, one of Felecia’s former students just graduated with a degree in cybersecurity and had multiple job offers; other trainees have gone on to get scholarships to universities. However, she acknowledges that progress on issues such as diversity and inclusion in tech is slow.

She talks about focusing efforts on changing government policy and looking long term. Plenty of groups, the founder adds, love the idea of funding a coding programme for young people, but the return on that investment will take years and its true impact is hard to measure. “A lot of organisations that come to us get really frustrated. They want us to bring our coding programme to a new city, but after six weeks, what happens?”

One low-cost solution she’s suggested for low-income communities is to turn underutilised spaces such as vacant buildings, churches and day care centres into co-working hubs for entrepreneurs. Her own Tribe co-working space ensures 24-hour access to a building, free coffee, fruit, water and even bed space. “How transformational could it be for an entrepreneur to have a professional space that is in close proximity to where they live and what they need to do?” she asks.

Felecia's own entrepreneurial activities today include having her own personal brand and offering services that can help others reach their professional and personal goals. These include a range of products, one-to-one strategy sessions and courses. As a mother of two small children, she says it’s the support of others – namely her husband and parents – that's allowed her to build her small empire and juggle an “insane travel schedule”.

While her kids have made her value her time much more and prioritise her workload, she is most motivated by the legacy of her grandmother who lived in Jamaica and made huge sacrifices for her family. The oldest of a group of siblings, her grandmother taught herself to read and write despite leaving school in the second grade to look after her brothers and sisters. Her larger-than-life personality led her to become known as the Queen of Litchfield, after the neighbourhood where she ended up living. “I wanted to make her proud,” Felecia says. “When she passed away, I was at a really low point with my business. She was a reminder of just showing up every single day and giving it my all, because of her and her sacrifice.”

Felecia believes that we all have certain talents and gifts that we need to put out into the world. She was inspired by The Big Leap, a book written by Gay Hendricks: “He talks about being able to work in your zone of genius and that is what I want for my kids, all kids and adults too! I think being able to be in this space where you’re truly doing your best work and you believe that you are the best in the world at that thing that you do. I want all kids to always be able to live that and prosper from that.”

Felecia Hatcher is the co-founder of Code Fever and BlackTech Week. For more on the services they offer to communities in Florida, visit the website.

S’wheat produces eco-friendly water bottles made from waste plant material that would have otherw... 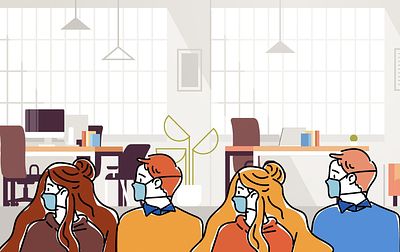 Veni, Vedi, Virus: Fundraising In The Times Of Corona 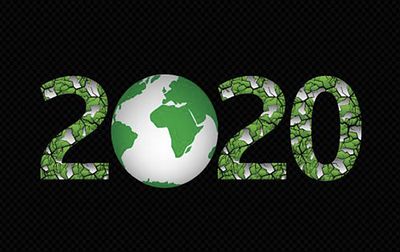 How Topcashback Turned its Money Green

Helping people has always been important to us at Topcashback, which is why this year we decided ...