Growth Through Green and Affordable Energy

We spoke with Alberto Pisanti, founder of Absolute Energy, about bringing renewable energy to rural Africa and the opportunities it could provide.

Alberto Pisanti, the founder of Absolute Energy Capital, an independent investment platform focused on renewable energy, tells us about his commitment to creating a business that could have a significant, positive impact in the long term. 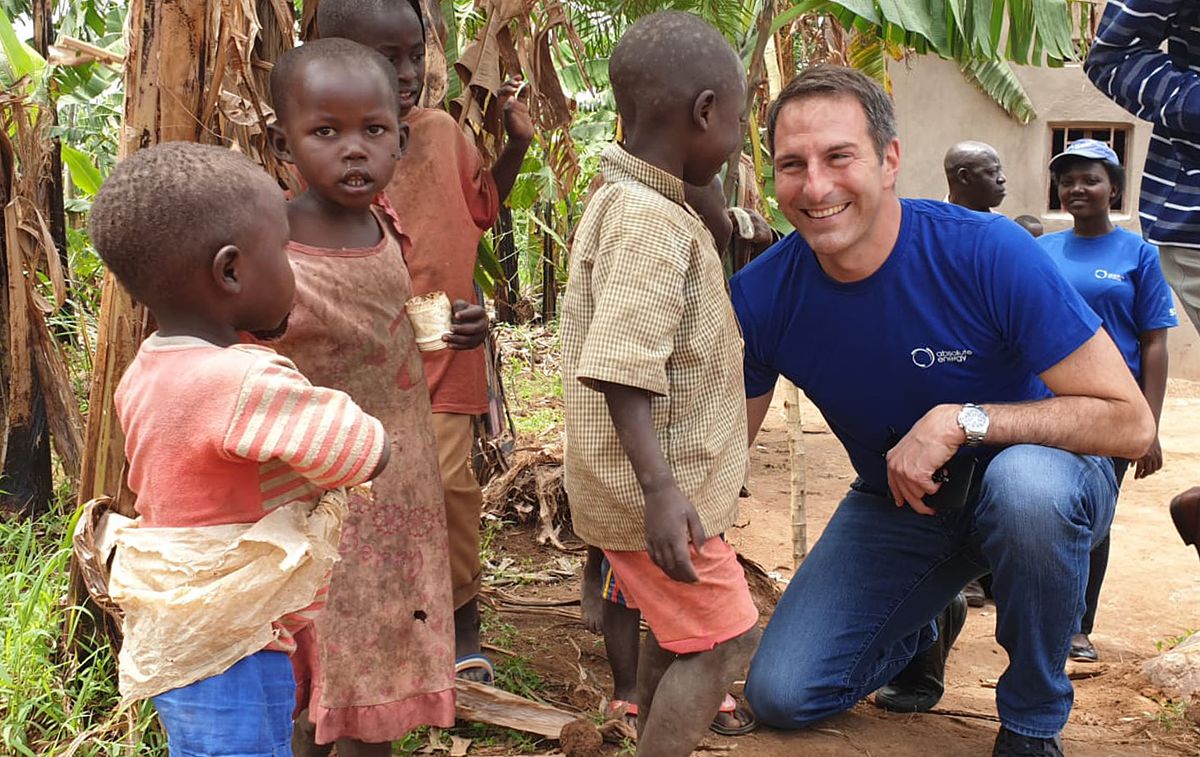 Invest for Good recently asked for his views on sustainable investing and one of his current projects - to bring renewable energy to rural villages in Africa. This, in turn, can be used to help local people start-up businesses that will improve their community. Here are some of the highlights of our conversation:

In your personal opinion, why might you choose to invest in an ethical or social impact fund over something else?

To me, it’s all about values, the values you have been raised with. If these include respect for everyone around you and acting with integrity, which is very important to me, you don’t have a choice. I personally would not feel fulfilled making a lot of money in an irresponsible way. I could not look at myself in the mirror or into my son’s eyes knowing that I am destroying his future. I care about ensuring a sustainable future for my family, for this planet, and I believe that, if all of us started thinking this way, we would live in a better world and invert the dangerous path we are on. There are, however, other drivers which I believe can still do the job. It’s about doing good while your investment is doing well. I really can’t see why anyone wouldn’t strive to achieve that.

Is this why you founded a business that focuses on investing in renewable energy?

I started in the oil and gas business, but then renewables started to pick up. They were new, interesting, challenging, and clearly more sustainable; I was increasingly attracted to these technologies as I immediately understood they would be the future. Eventually, I was called by Deutsche Bank to run a desk focused on renewable energy investments. But after [the collapse of] Lehman Brothers, liquidity concerns forced Deutsche to step out of investing equity in any asset class. I took my team into Absolute Energy to keep investing in the sector with other partners.

Absolute became an appointed representative of Deutsche and we met Terra Firma, a private equity firm that was looking for an investment platform to diversify its presence in the renewables space. Together, we are now the largest player of solar PV in Italy.

Why do you believe in a more responsible method of investing?

In the past century, we have seen many companies focusing only on their profits without caring about the consequences on people or on the environment. Manufacturers tended to privatise earnings and socialise the risks, using the environment as a “playground”,  behaving as though the environment were no concern of theirs. Clearly, this is an insular, short-sighted, unsustainable stance, and history is confirming it.

There should be a more responsible approach, centred on a common respect for our planet and people, instead of thinking about just cutting down costs to increase profits, without attaching any environmental or social cost to it. Or without sharing any of the prosperity created. Sustainability of the business and how it impacts the environment, the people you directly serve, as well as those who are indirectly impacted by it, these should be driving you as a global citizen and investor.

Why do you believe there’s been a rise in sustainable investing?

Finally people realise that this is something we need more and more. There is a growing consciousness that we must take care of something else - ensuring that profits will be sustainable in the long term. That doesn’t mean it’s not going to make a financial return, or that it’s an unattractive proposition.

Insurance companies are the ones with the big pockets. Together with pension funds, they have historically demonstrated the most conservative investment approach. However, today, these companies are starting to realise that if we don’t do something to stop some of these alarming environmental and climatic trends, they will be the first ones to go bust. And that’s because casualties will happen more and more often and they won’t be able to catch up with it. I recently attended a few conferences where a lot of the insurance companies are positioning themselves at the forefront of doing things differently. This is encouraging! 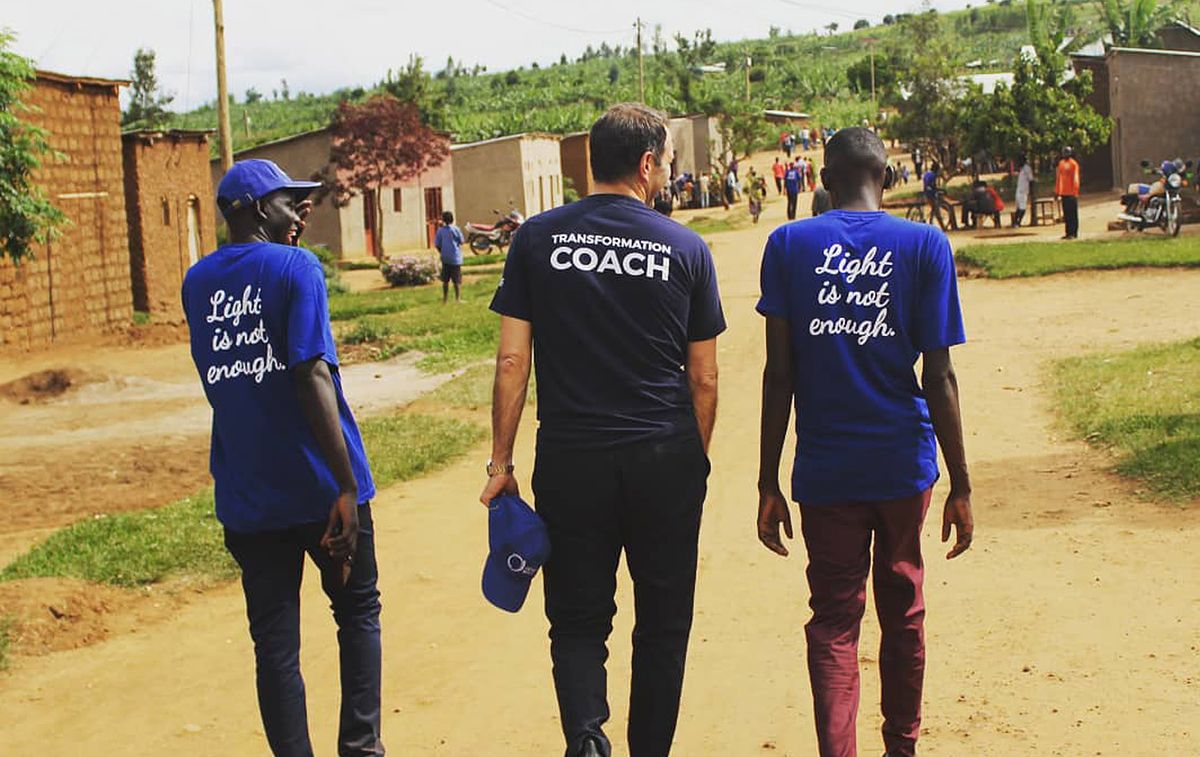 Doing things differently is part of your approach to bringing renewable energy to rural villages in Africa, correct?

Around 2013, I realised the real potential for renewables was in emerging markets, where their penetration did not have to cope with phasing out fossil-generation portfolios such as those present in developed countries. After my first trip to Africa, I realised how huge the need for power, hence the opportunity, really is. There are 600 million people in Africa who still don’t have access to energy. It’s a huge market.

But instead of serving it with fossil fuels [coal, oil or gas], renewable technologies coupled with storage - the big game changer in the equation - are driving a paradigm shift in the generation and distribution model. In fact, we are shifting from an old “centralised” model with large generation plants, to a modern, modular and increasingly competitive “decentralised” model that delivers the right volumes of energy for the local demand. This offers governments the opportunity to electrify their countries with amazing savings while reducing energy losses. Average transmission and distribution losses across the continent often exceed 30%. Such a unique leapfrogging opportunity entails the electrification of rural villages, towns and islands through green mini-grids, to make access to energy in rural areas more affordable than extending the network.

What is your ultimate objective?

Simply providing energy is not enough. Energy must be a means, not the end. I am very pragmatic and my mission is of course to make a profit, but making money together with my customers, not off their backs. The end should really be about fostering sustainable development, because local energy demand and the ability to pay must increase in order for a company such as mine to prosper. Our ultimate goal and mission is to lift the average income of our customers, not simply deliver green energy.

So, you started up other businesses that rely on energy to be viable...

Our pilot project was on the island of Kitobo in Uganda, where fishing is the main activity. The community was importing three tonnes of ice per day for the refrigeration of the day’s catch. After bringing electricity to the island through a solar hybrid mini-grid, we installed a ten-tonne ice-making machine and basically, the island has become a net exporter of ice. By buying our locally produced ice, fishermen save a six-hour round trip. Besides, our ice is sold at a cheaper price than before and we are also making money out of it. It’s a win-win situation. You could read more about our impact here. Some other businesses we have helped start include a bakery and a poultry farm. 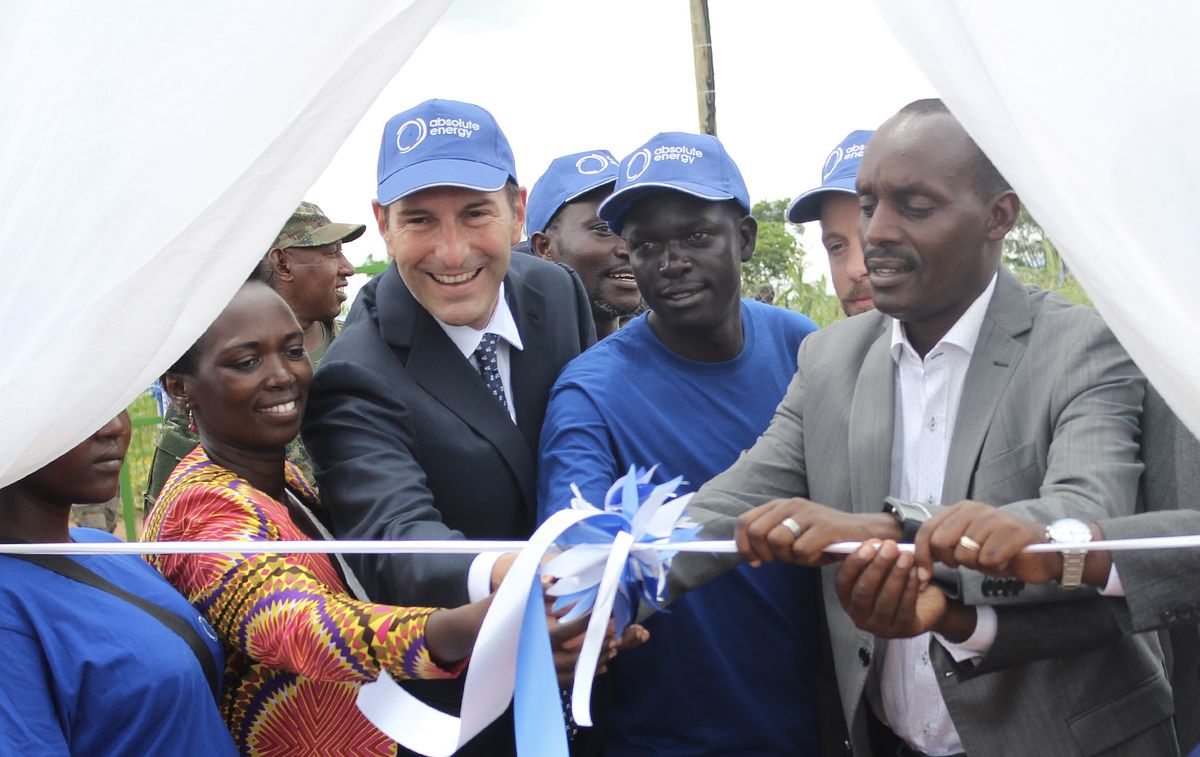 Absolute Energy is launching an impact fund. Can you tell us more about that?

Our fund will invest in sustainable development projects ranging from energy generation and distribution, to diesel and coal displacement, clean cooking and sustainable agriculture. Environmental projects include plastic and waste management that leverage new technologies and a circular economy approach.

It looks like a wide mandate, but we believe that all these investments are linked together and the only way to succeed in developing countries is to abandon the silo approach and replace it with a holistic one aimed at exploiting all the available synergies.

The same investment proposition has been pitched, for backing, to the Green Climate Fund, a global fund created by the UN to support the efforts of developing countries to respond to the challenge of climate change. We were shortlisted for first-loss funding and are now seeking other investors in the fund to roll out our strategy at scale.

What advice would you give to someone who is looking to follow in your footsteps?

You have to be flexible. You have to be ready to think out of the box, especially when you are going into uncharted territories. If you asked me five years ago if I ever thought about opening a bakery in a rural village, I would have thought YOU were the crazy one! But I ended up doing just that because it made perfect sense. You also have to look at minimising risk. Everyone is scared when you talk about emerging markets - there are political risks, but most of all there are some risks that are really quite difficult to hedge. So, you need to have a vision, be very enthusiastic and always be ready to actively and creatively adjust the course of your actions, by tailoring solutions to profoundly different local markets and cultures.

Find out more about Absolute Energy on their website. 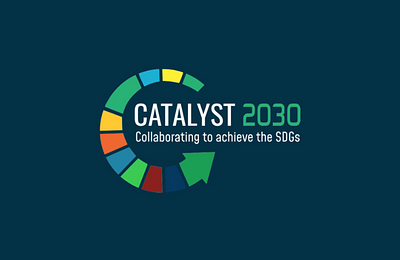 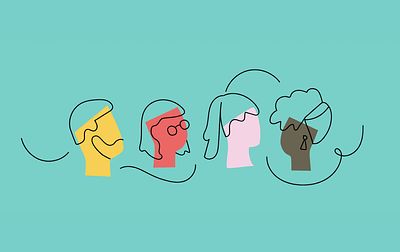 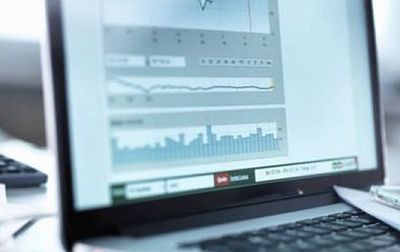