With much of Africa living in informal settlements, one enterprising young woman decided to bring quality healthcare to the people who previously couldn’t afford it.

Melissa Menke was living in New York and working in the affordable housing sector, a job that was satisfying and helped others - but she wanted to make a deeper impact on a larger scale. In Kenya, she saw the opportunity to address a massive social problem. Almost a decade on, she’s founded a social enterprise that provides affordable, quality healthcare for people living in informal settlements and only earning between $3 to $5 a day. 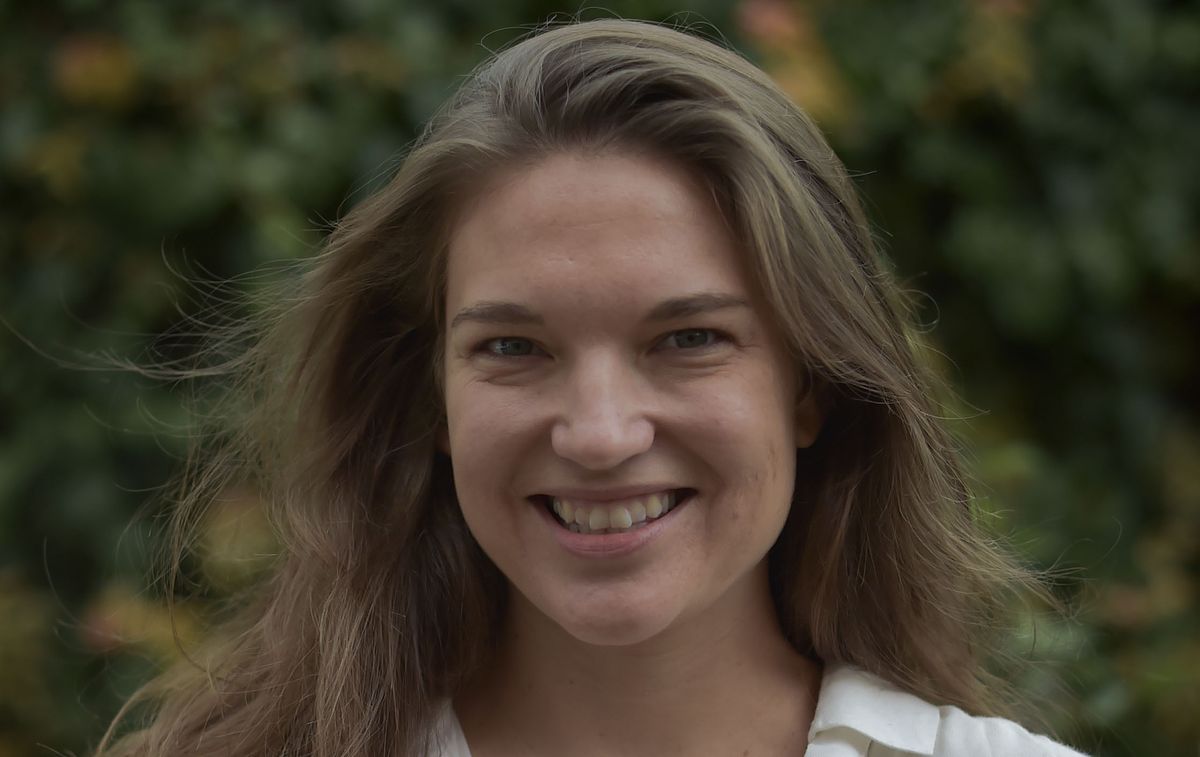 Access Afya now has a team of 75, with about 55,000 people using the healthcare service twice a year. It has been recognised by the Kenyan Chamber of Commerce for the business with the best customer care in the country and has an impressive track record among its patients - 96 percent of the people seen by Access Afya last year felt better within three days.

There seemed to be a social business potential to create formal healthcare and get people to just shift their payments from the informal to the formal sector.

All of this came out of one initial clinic that was smaller than a shipping container, just 10 x 10 feet. “We feel like we are able to do over 90 percent of what people need on a day-to-day basis,” Melissa tells Invest for Good from Nairobi. With 12 clinics at present and six more coming, Access Afya only refers patients to public hospitals for things such as delivering babies, X-rays and emergency room services.

The healthcare provider also has retail pharmacies, access to telemedicine and trained health workers in the community to screen for conditions such as diabetes and hypertension. This mobile approach has paid off for one diabetic man who was a double amputee. He had stopped his treatment but with Access Afya’s intervention, he is now getting seen at one of their clinics, a development that is likely to have saved his life. 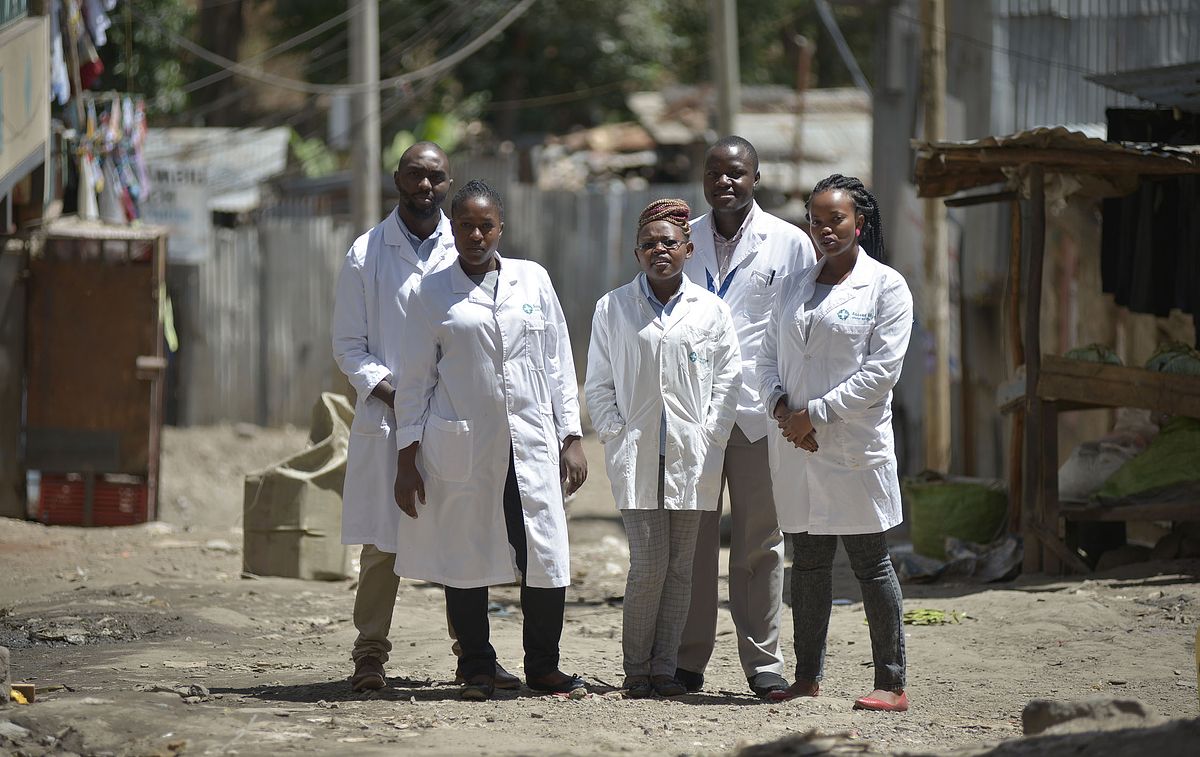 In another case, a truck driver stopped at one of the service’s screening stations in Nairobi and discovered that he had very high blood sugar and was actually diabetic. He’s also now in care. “If we can continue to find people faster through field-based and mobile screening,” Melissa explains, “then hopefully we are not going to get to people at the point where they’ve already lost multiple limbs because of a condition being left untreated.”

Theirs is a life-saving service that is much needed. In 2007, Melissa had spent a semester studying in Nairobi and had been struck by the informal healthcare - everything from people selling fake medicine to people prescribing drugs without doing a diagnosis first. With 53m people in Sub-Saharan Africa living in informal settlements, an eye-opening 50 percent of the global urban population, it’s a massive problem. “So there seemed to be a social business potential to create formal healthcare and get people to just shift their payments from the informal to the formal sector,” the founder says. 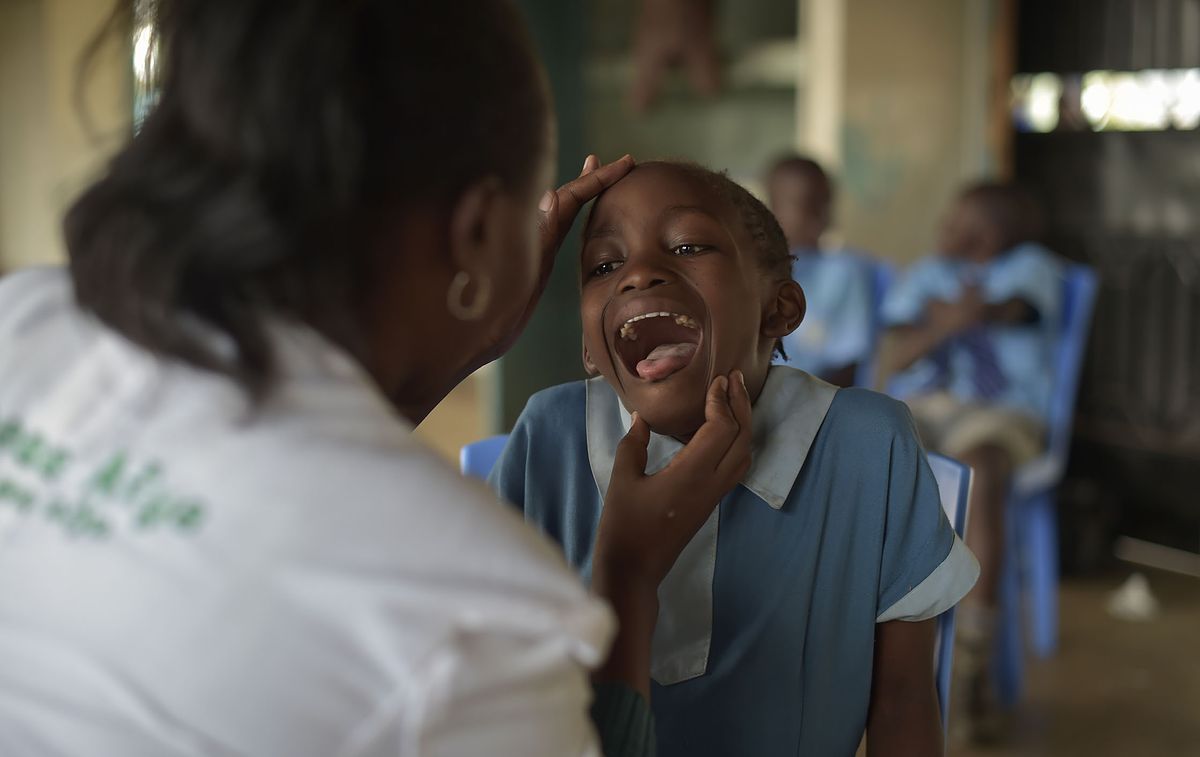 With no medical training herself, Melissa went about recruiting local people to be part of her team, those who crucially understood Kenya’s healthcare gaps and would be trusted by patients. She’s now one of three directors, with one working as a technical director and another who is a physician with an MBA. The strength of what she’s built, Melissa says, is one of her biggest accomplishments: “It’s a company where a lot of other people are designing and implementing their own ideas, so I’m really proud of the work culture and in the actual company itself. Not just what we’re doing for patients, but the environment we’ve tried to create, so that people can solve the problems that they’re really interested in solving.”

Still only in her mid-thirties, Melissa has been able to accomplish what some people can’t do in an entire lifetime. Like any business of this complexity and size, it hasn’t been an easy undertaking. Part of that stems from working to serve people with little or no income. Innovative health apps, for instance, are not something Access Afya can really take advantage of, because its customers can’t afford to spend the money on data, even if they happen to own a smartphone. Instead, there’s a reliance on text messaging, with many tech partners simply inaccessible. But it’s precisely these problems that spurred Melissa on to find solutions.

“I have a slant or a bias towards trying to solve problems that are socially beneficial, and so definitely the impact of working within this market segment was really motivating to me,” she tells Invest for Good. It was also, she adds, a blank slate: “I think, for me, what felt really different about working in Nairobi versus New York was the ability to work on redesigning an entire system … I really didn’t have much of an interest in building a business that was sort of incrementally better than something else.”

Melissa still gets involved in strategic decisions and rolling out new products. One goal is to expand the business model to five different capitals in Africa. Of course, this requires investment. The founder and director increasingly spends much of her time trying to raise money from investors - a mixture of equity and impact funds, individuals and venture capital - many of whom are based in Europe. It means that she often has to adapt her style of pitch from one that would work well in Kenya, to one that would be more acceptable in the U.S. or Europe. She believes it helps to be good at “international storytelling” as a way of raising Access Afya’s profile and attracting much-needed capital.

Some of this capital would help fund the new clinics that are being built today. “People don’t really want to use five clinics for five different things,” Melissa points out. “What we realised is that if you actually want to keep your patients happy you need to offer incredibly comprehensive healthcare services, which means minor surgery, which means things that are maybe less high-tech but still very important.” 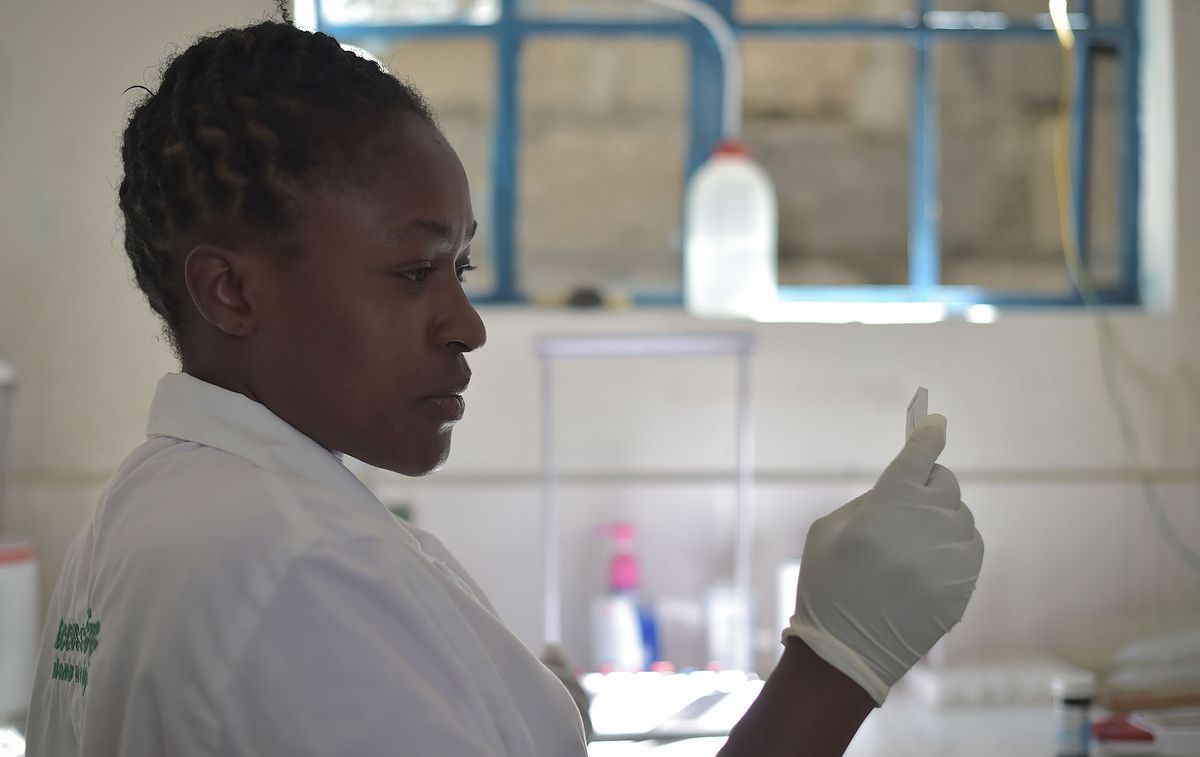 She’s increasingly taking on partners who can help with certain aspects of the business, from product design, marketing and strategy, to supporting product launches. She’d like to collaborate with other companies that are trying to reach the same target market, admitting that some of their largest costs are related to marketing and communications, not direct health provision. Meanwhile, the Kenyan government has been supportive of Access Afya; there’s a mutual exchange of information and data, and it has subsidised the cost of immunisations. The social enterprise is currently in talks with the government about creating a public-private model of healthcare, but it faces obstacles to getting the right structure in place.

Nothing done on this scale comes without challenges. For Melissa, a personal one is shouldering much of the responsibility without anyone else to fall back on. “It’s always hard when you’re a solo founder,” she reveals. “You can have an amazing team, but you’re also feeling ultimately responsible for not just the health and wellbeing of your patients, but also for your staff. So fundraising isn’t just about raising money, it’s about continuing to create this great livelihood for 75 people that you really care about.” 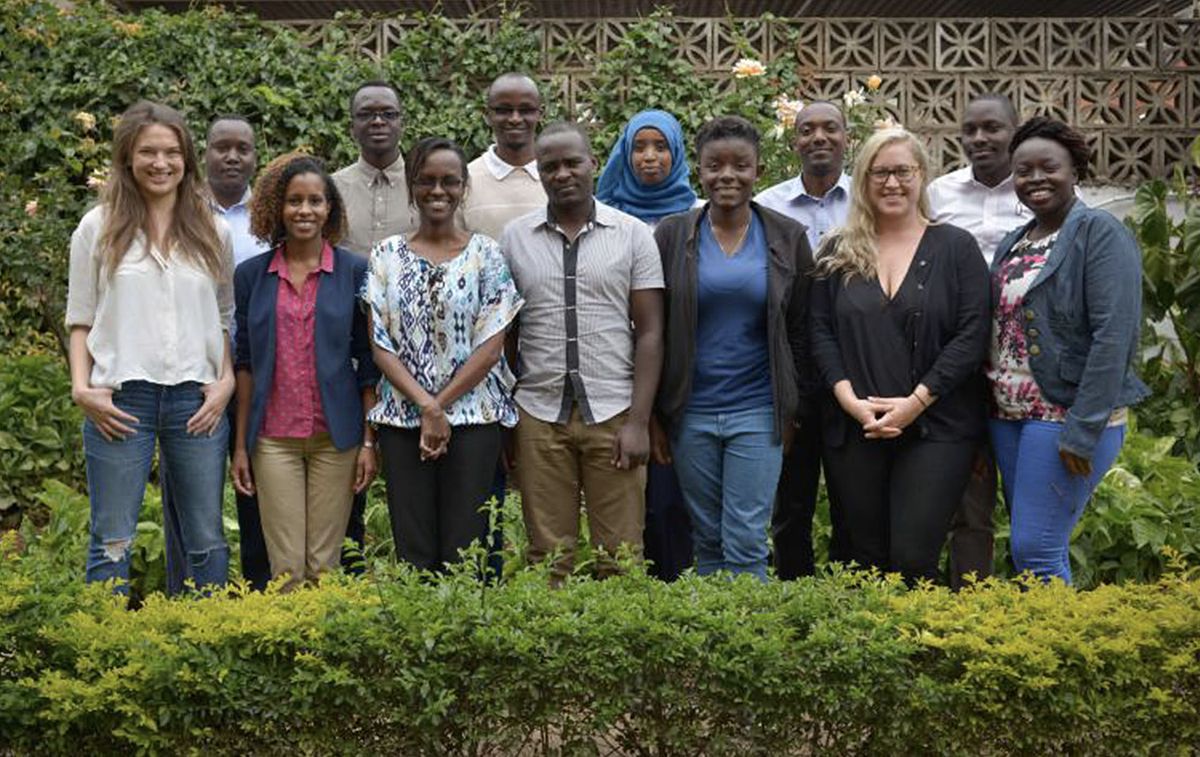 Fortunately, several years after permanently moving to the country, she now has a good network of friends and says that Nairobi, a city of roughly 4.4 million people, is “a great place to live”. She’s discovered a love for kite-surfing on the Kenyan coast at the weekend and she goes to a yoga studio near her home during some of her downtime. But she still misses her home and family in Virginia, a place she makes an effort to visit once or twice a year. “Seven years in, I think the reason why I stay is because of what we’ve been able to achieve, the traction we’ve made and the patients that we work with, and the fact that we are actually building something of value.” For the many patients that have experienced Access Afya’s care in these underserved communities, there’s no arguing with that.

Melissa Menke is the CEO and director of Access Afya. To find out more about the work it does in Kenya and some of the projects it’s involved in, visit the website. 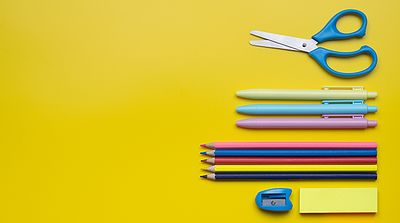 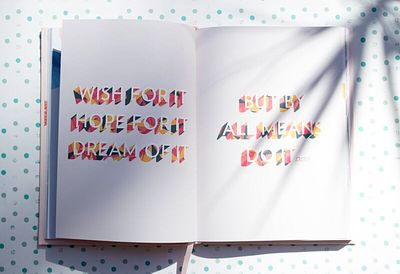 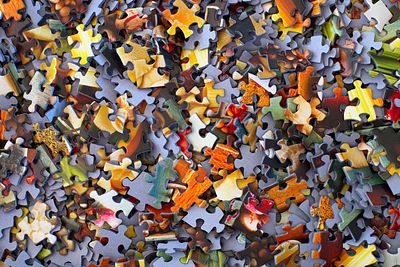