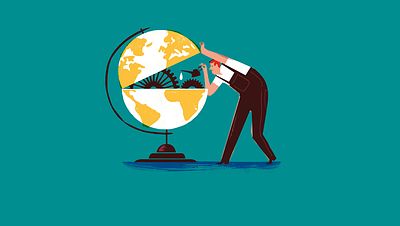 Not Business as Usual

A clear call for a movement ready to get serious about transforming our economic system.

The economic system as it’s currently designed is serving a small financial elite motivated to extract maximum profit, often at the expense of everything else, whether we’re talking about cheap labor or polluting the planet. This is one of the central tenets in The Making of a Democratic Economy, co-authored by Marjorie Kelly. In the recently published book, she argues for a new economy founded on a vision that’s equitable and ecologically sustainable. Instead of only benefiting the few, a democratic economy is designed for the prosperity of the many and has public good as its core purpose. Radical? Not really. Impossible? Not necessarily. 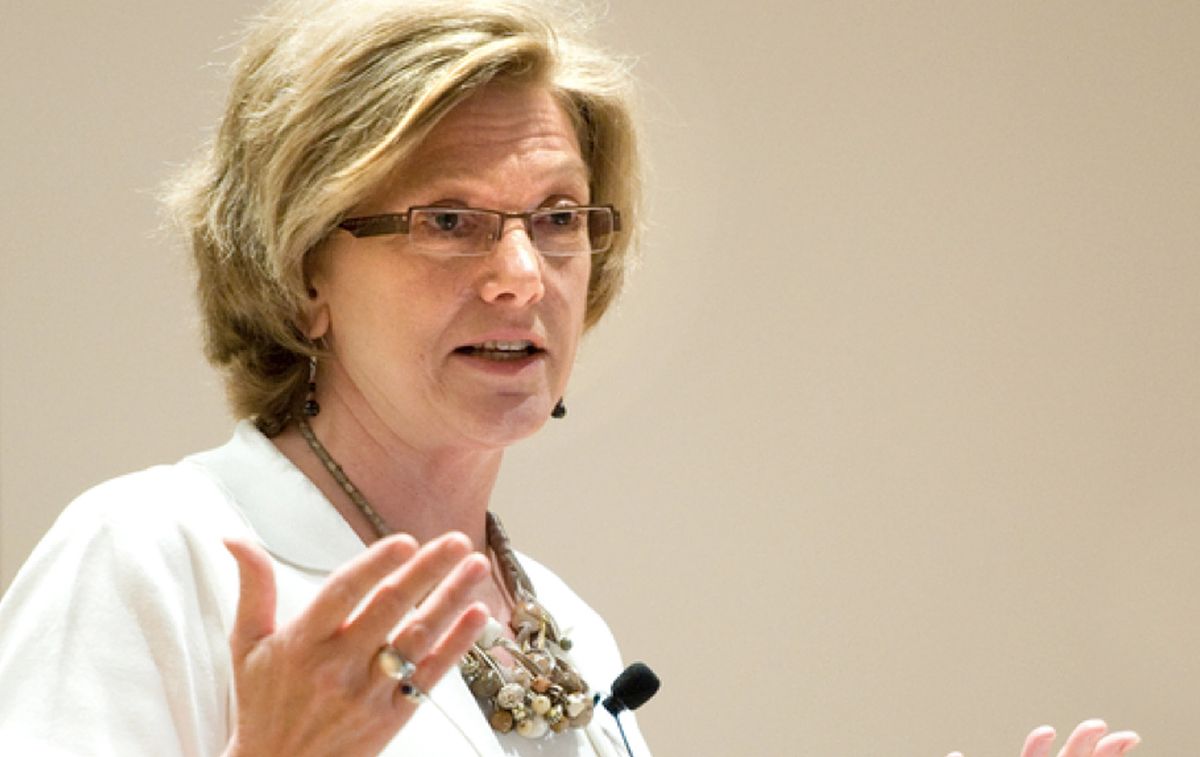 “A democratic economy is not a pie-in-the-sky idea as much as it may sound like that. It’s actually being built by thousands of people the world over and is highly developed already,” Kelly tells Invest for Good from her home in Salem, Massachusetts.

Among those working toward this future are the author’s colleagues at The Democracy Collaborative, a research and development lab for the democratic economy, with offices in both Washington D.C. and Cleveland, Ohio. Ted Howard, with whom she co-wrote the book, is the president and co-founder of the think tank and consulting firm, while Kelly acts as senior fellow and executive vice president. Both advocate building community wealth as the starting point for their vision of a more egalitarian system.

We’ve been primed to think of wealth as entirely financial, but community wealth could include possessing certain skills, owning public assets, protecting and benefiting from ecological assets, having a voice and acting in a way that benefits the place where you live. Howard and Kelly have spent years inside communities building wealth that benefits Main Street, not Wall Street. These stories make their way into the book as practical and engaging examples. Kelly reaches for one that she found particularly dramatic to illustrate her point - the Pine Ridge Indian Reservation in South Dakota.

“We stayed at a little hotel with old cabins, where there was one restaurant; we ate at that one restaurant every day. There's no place to spend money on Pine Ridge, I've never seen anything like it,” Kelly recalls.

This is a place, she explains, of extreme poverty and past confrontations that ended with the massacre of indigenous people. Up to 80% of the community is unemployed, with almost no economic activity and even less hope.

But Pine Ridge did have Nick Tilsen, a young Lakota Sioux, who was determined to fight for his community and its prospects through the Thunder Valley Community Development Corporation, a non-profit organisation independent of tribal government. As one of its founders, his aims were to trigger economic activity in Pine Ridge and create a “regenerative community”. Together with others, Tilsen asked what people living on the reservation wanted and needed for these ideas to become a reality. The answers led to the creation of a Regenerative Community, with homes, rental apartments, youth spaces, places for business — a community which will produce all its own energy, recycle water, and regenerate Lakota culture. The project has also created an employee-owned construction company to build homes, training young people in construction techniques, and starting a women’s quilting cooperative.

“Nick is the kind of brilliant young man who could have easily left the reservation and made himself a millionaire going into finance,” says Kelly. “But that's not what he wanted to do with his life. He wanted to build community wealth, and that came to him instinctively, because that’s the indigenous mindset. It's how indigenous people think about the world, as is well known.” Part of this mindset includes helping the many and making sure that what you do is sustainable, to respect Mother Earth and use her resources wisely.

In the end, Thunder Valley did more than simply provide homes, it generated many kinds of wealth, as stated in the book: “community spirit, youth skills, food sovereignty, economic self-sufficiency. It’s empowering families to take responsibility for their future.”

The stories that run through the book are powerfully written and not the stuff of dry academia. It’s not entirely surprising, given that Kelly was formerly a journalist and co-founder of Business Ethics magazine, a publication that focused on socially responsible business. She started her career thinking that good business people would change business for the better, make it more responsible and sustainable, but she became discouraged.

What she saw, in fact, was that business behavior was getting worse, a trend that inspired her to write The Divine Right of Capital in 2001. “What I was trying to say in that book and what I saw was that responsibility, ethics and sustainability has to go to the DNA of business. You cannot just tag it on the side and simply put an ethics office down the hall,” she argues. These overtures to corporate responsibility had no impact, Kelly adds, “because the mandate of business was to maximise returns to shareholders, and maximising is a ruthless mandate; it will brook no mitigation.” She came to the conclusion that what needed to change was “ownership design”.

Making employees owners in a business, not simply someone’s hired hands, is one of the concepts that would drive a democratic economy, according to Kelly. This could happen through worker-owned co-ops, which tend to be smaller and generally make concessionary financial returns. The Democracy Collaborative has in fact helped develop three Evergreen Cooperatives in Cleveland, companies owned by workers and supported by large, local institutions called “anchors”. Roughly half the people working in these co-ops were formerly incarcerated. Many have turned their life around through the co-ops, additionally receiving a $4,000 profit-sharing bonus recently.

These cooperatives are supported by large contracts from local anchor institutions, such as the Cleveland Clinic and Case Western Reserve University. Tapping into the power of anchor institutions, and advancing employee ownership, are two of the models that Preston in England has borrowed to turn the once-blighted city around. It has been so successful that Preston was recently named the most rapidly improved urban area in the UK to live and work by PricewaterhouseCoopers.

Another model is to use employee stock ownership plans (ESOPs), which can be large and highly profitable companies. One example is Recology in San Francisco, a waste hauling, recycling and composting firm that is about 100 years old and 100 percent owned by employees. With $1.2bn in revenue, it’s a hugely successful company where garbage truck drivers are making $100,000 a year. “That’s because they are not extracting all this profit for shareholders,” reasons Kelly, “so there’s more to go around for employees.”

The author and former journalist emphasizes that the U.S. is in the beginnings of a “Silver Tsunami”, in which more than 2.3 million businesses owned and started by baby boomer entrepreneurs will come onto the market in the next ten years. Past trends indicate up to 90% of these will close and a few will end up in the hands of private equity firms or competitors, which often means layoffs. Cities would lose thousands of locally owned firms and their jobs. This looming potential crisis, however, also presents an opportunity to “bend the curve of history,” as she puts it. “If we could capture more of these businesses for employee ownership, we can begin to build a democratic economy, working with the natural movement of the current economy.”

“It’s about helping people to see precisely what's going on — people are hungry to see this.” In other words, convincing them is more about showing them.

But how do you go about convincing people that there is an urgent need for change? Kelly says you don’t. “I don't think that's how change actually works, I think that's a fool's errand. I think it's more like people know we need something dramatically different, people know this; you don't have to persuade anyone of it. Yet people are in a fog when it comes to understanding the economy and its functionings.” An astonishing fact revealed in the book is that 71% of Americans think the economy is rigged against them. This happens in all sorts of ways, Kelly explains, from shareholders having all the power and employees having no rights to the wealth they help to create, to ordinary people paying a higher percent in taxes than a multibillion corporation.

And there’s an urgent need for change, Kelly says, with impact investors key to the vision she espouses. But it’s her belief that they will need to work in partnership with philanthropists and the government. They’ll also need to retrain themselves to be content with reasonable, steady returns, she argues, not chasing after the double digits that lead to boom and bust cycles. “I think there's a larger conversation that impact investors need to lead, need to have among themselves, and that is, is it possible to have returns that are too high, that are too extractive? Don't we need to balance return with mission?”

Kelly contends that we are in a “dramatic moment” in time: “a moral evolution is required in our economy, and I think that business people and investors are the ones who need to lead this work.” There’s no time to waste either. In the foreword to The Making of a Democratic Economy, author, activist and filmmaker Naomi Klein says: “It’s past time to reckon with and repair the damage done by slavery and colonialism, and it’s past time to take bold action to prevent catastrophic climate change.” She adds that “making space to build the world we want in the face of these crises means that slow experimentation isn’t enough — we need to be ready for big steps that give that new world the breathing room it needs to come into being.” Howard and Kelly illuminate a different path, but it’s going to take the determination, drive and passion of many like-minded people to make it a reality.

Marjorie Kelly is an author, researcher and consultant, as well as senior fellow and executive vice-president of The Democracy Collaborative. You can buy her latest book here.