Social enterprises and non-profits are being hit hard by the effects of the pandemic, an unexpected crisis that can derail their impact. Stepping into the breach is Open Road Alliance, a market leader in social sector bridge funding.

No one would claim that 2020 has been an easy year. Dominated by a global pandemic that shows little signs of abating, the wide-ranging and complex consequences are still largely uncertain. For some, the hit is personal; for others working in certain sectors, it’s a financial catastrophe.

Many social entrepreneurs are facing cash flow challenges with funding that is often unpredictable and tight. Meanwhile, fundraising is more difficult as things move online, investors shore up their own portfolios and tighten their belts to reduce their exposure to risk. The decisions for social entrepreneurs can be tough: choose between slowing down impact, for instance, or letting some people go.

A survey of over 200 social enterprises in the UK earlier this year found that 61% expected to make staff redundant as a result of COVID-19. Ironically, social enterprises work hard to expose the inequalities and cracks in our system that affect the most vulnerable and disadvantaged. They often employ those furthest from the labour market such as the homeless, those with disabilities, veterans and youth. Yet overnight these enterprises have themselves become vulnerable to forces beyond their control.

It’s therefore little surprise that Open Road Alliance, a market leader in social sector bridge funding, has seen a huge uptick in demand for its services. In a three-month period over the spring, the ORA had 1500 inquiries, triple what the funder normally gets in an entire year. Caroline Bressan, Open Road’s managing director, had to make many tough calls with her team, prioritising the urgency of each application. “The hard part is that with all that demand, there’s about $150m of requests. Typically, we’re giving out $1 million to $2 million in charitable grants a year and $10m in loans a year. It’s hard seeing that level of need.” 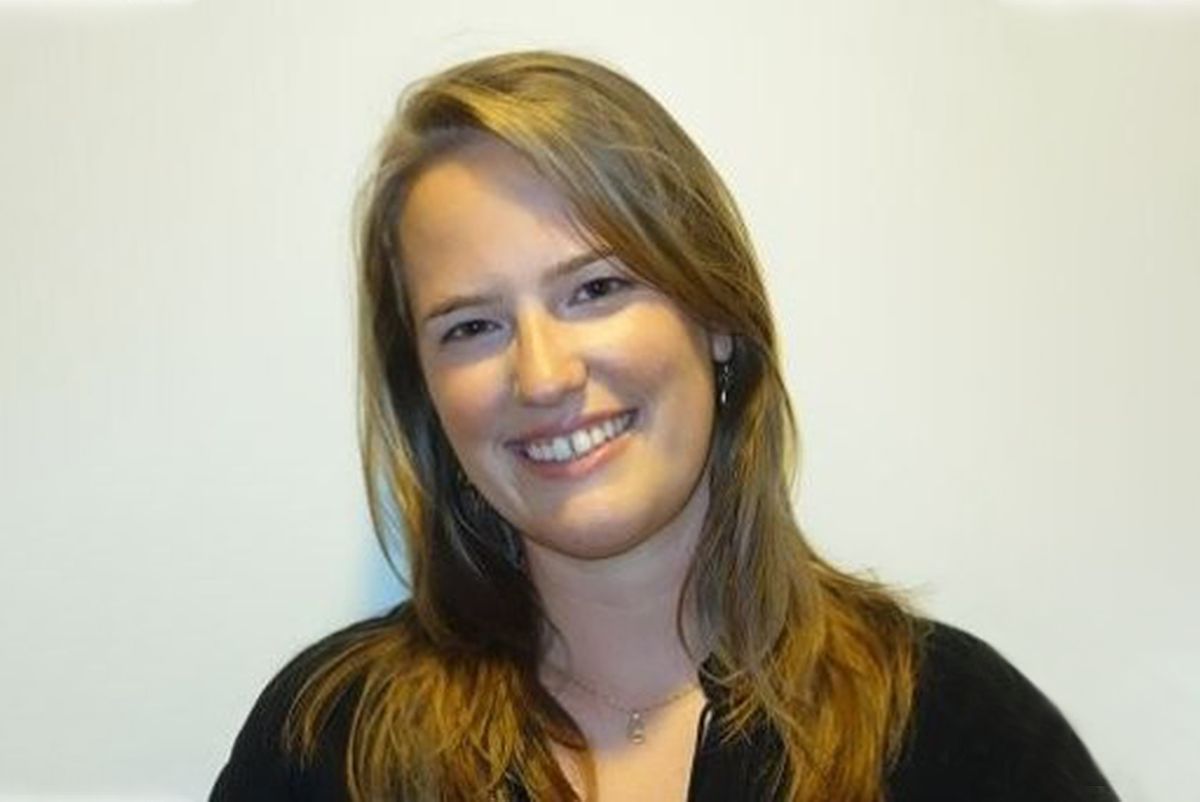 Founded in 2012, Open Road Alliance provides one-time grants and loans to social enterprises and non-profits experiencing unexpected roadblocks that can derail their impact. The overriding goal is to make sure that those addressing the world’s greatest challenges continue to do so without interruption to their work. Speaking to Invest for Good from her base in Seattle, Caroline points out that as deep as this pandemic is, the world is and will continue to be unpredictable. “We as funders, both philanthropic and impact investors, need to be ready to respond to that if we are focused on ensuring impact.”

We have to be honest that the trade-off of this crisis is that the scale of impact is being reduced.

Their response was immediate, with a focus on streamlining and upgrading processes at Open Road to deal with the influx. COVID-19, however, has dragged on longer than anyone truly anticipated and has become the new normal. As a result, Open Road has been adjusting its loan repayment terms. Where an average loan used to last nine to 12 months on average, it’s now being extended closer to 18 months to account for the new reality. Open Road has loaned out just over $32m since 2017 across 100 loans. The majority of new loans are coming through its Impact Fund, the first of its kind bridge financing fund designed to help social entrepreneurs move from impasse to impact. It closed in March and made its first loan in April.

Stepping up to meet the need

In 2019, Open Road remarkably had only one loan default, but the last few months have seen the risk of default creep up because of COVID-19. “Even with all the support in the world, some weren’t able to keep their business model going through this extended period,” Caroline says. “It’s been tough to see a couple of good entrepreneurs go down because of that.”

Any loan carries risk of default, but there’s no doubt that loaning to a social enterprise during a crisis ups the ante. This does not deter Open Road. “I do think it’s a moment to step up,” argues Caroline, “even if it means taking on a bit more risk. I always say that entrepreneurs are the ones doing the hard work. We’re just the enabling environment better positioned to absorb this increased risk than the beneficiaries of our dollars.” She, therefore, advocates for investors to step out of their realm of comfort, to be flexible, creative and to take those calculated risks.

Open Road was in fact set up to be more proactive about better risk management in the social sector. At its inception, ORA only provided charitable grants to nonprofits and social enterprises which suddenly saw their funding withdrawn because of an unexpected roadblock such as a foundation shutting down or delaying a grant disbursement. It then evolved organically into offering loans for instances in which much-needed money was delayed because of external forces. Open Road collected data from over 100 of its funding applications to analyse why things can go wrong and to share best practice with others. In close to half, it was because of problems caused by funders, with timing a common issue. Interestingly, at the time, a global health crisis only accounted for 2% of roadblocks.

Much of what Open Road has funded since COVID has been in health and agriculture, sectors that are on the frontline of responding to the pandemic. Many of these used the infusion of capital to cope with a surge in demand for their services. In agriculture, funding has helped to ensure the security of the food supply chain, for example. Others have not been as fortunate and face bigger gaps in funding. Caroline points to education as a sector that has taken a big hit, particularly in the US where discretionary school budgets have become more uncertain. These are just barely “holding the line of impact”, she tells Invest for Good.

One non-profit, she explains, was providing social and emotional learning coaches to public schools in the United States. “With COVID, there’s been such uncertainty that they’ve had to cut their annual budget in half from $25m to just under $12m.” While Open Road was able to provide them with capital to supplement the US government’s PPP business loan, it still left them with “tough decisions” about reducing the size of their organisation to simply stay alive. In some cases, a flat year of growth is a huge success right now, adds the managing director. “I think what is sticking in my craw right now is that there are a lot of positive stories of resilience out there and I think that’s important to highlight, but we have to be honest that the trade-off of this crisis is that the scale of impact is being reduced."

This is the harsh reality of the current situation, but ORA does what it can to ensure impact is maximised as much as possible. Does that mean investors are willing to take a financial trade-off? “Our investors are mostly foundations and high net-worth individuals who see the Impact Fund as an efficient way of achieving impact while still preserving their capital,” replies Caroline. There are some instances, she adds, where it’s totally possible to earn market returns and generate positive impact, but tension still exists between those two things and it’s important to be honest about it.

For investors, that means thinking carefully about what financial return is enough to see the change they want in the world, especially as impact investing goes more mainstream. “I think there’s a point where we can find a happy equilibrium of being sustainable and growing our own business,” argues Caroline, “while also putting those entrepreneurs and impact first.” Based on its current portfolio, Open Road estimates that for every dollar loaned they achieve nine times that amount in impact. By the end of 2020, Open Road is on track to hit an even better benchmark of providing $50m in grants and loans since inception, keeping on track over $500m in impact or 10 times the amount of funds provided.

I think there’s a point where we can find a happy equilibrium of being sustainable and growing our own business, while also putting those entrepreneurs and impact first.

With no specific geography or sector as Open Road’s focus, money gets allocated to those who have impact at the heart of their business model, not simply as a positive externality. Open Road’s investment committee also looks at unintended consequences - a “negative impact screen” - when doing its due diligence. It doesn’t take Open Road long to make decisions about who they fund, with money provided to those who are successful within a matter of weeks. 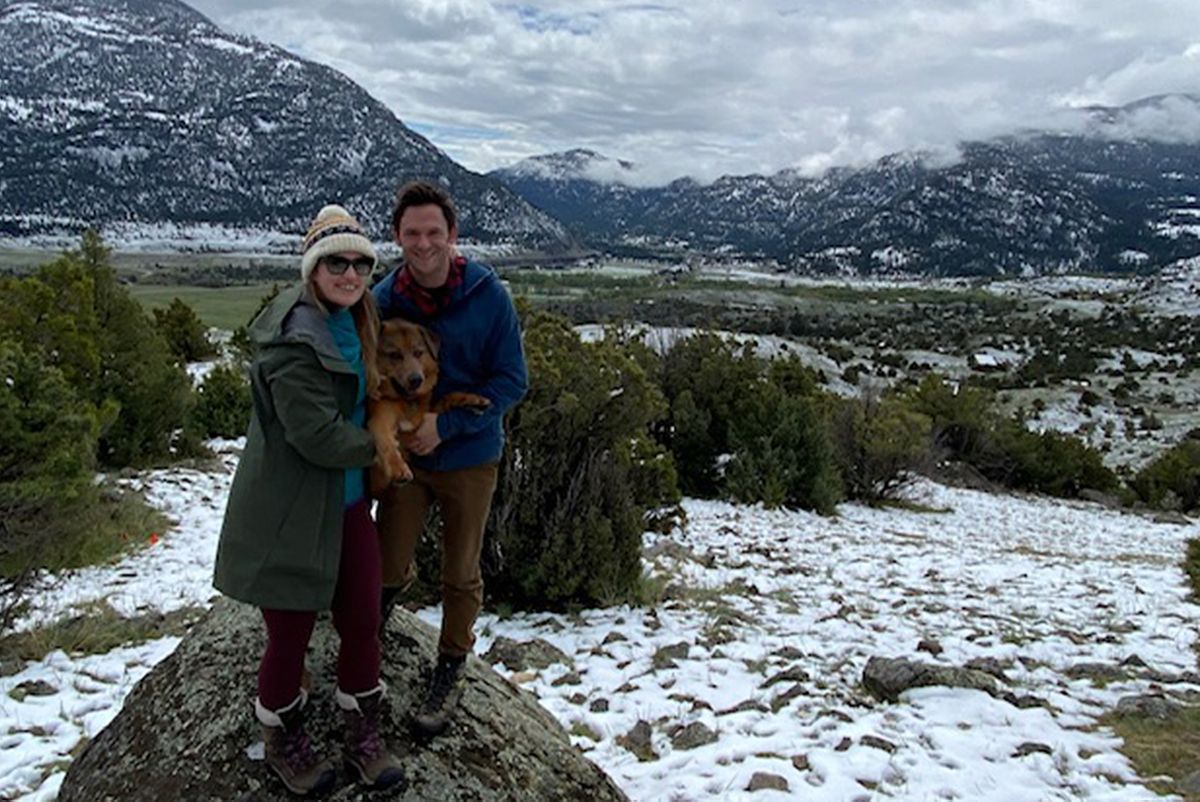 For Caroline, working with entrepreneurs who have innovative, world-changing ideas is a huge privilege. She talks about an energy-access company that was in a “tough spot” for over a year while it was trying to raise a large investment round. Its investors didn’t believe in the CEO, but Open Road had confidence in the social entrepreneur and loaned them enough money to see them through the transition period. This company has since been able to secure investments from a prestigious fund, backed by a handful of billionaires, transforming its fortunes and allowing it to expand.

“It’s just really putting those entrepreneurs at the centre and believing in them. It doesn’t always work out 100% of the time but at least in this case it did.” Caroline would urge any organisation currently experiencing a shortfall of cash, but with strong foundations, to get in touch. “It’s that ‘Oh goodness’ moment - ‘something has happened that we didn’t expect.’ We had that initial rush right at the outset of the crisis. We’re now back to more normal demand levels and certainly have the capital to deploy.”

Caroline Bressan is the managing director of the Open Road Alliance.