The Case for Sustainable Business

If we are going to make progress on the triple bottom line of people, planet and profit, then embracing sustainable practices has to be a prime concern. Is it really the difficult balancing act people claim it to be?

Sustainability is the word on many people’s lips these days. From sustainable fashion and products to living in a more sustainable way, it is hard to escape from its ubiquity. Nor should we try to. If our aim is to achieve the triple bottom line - people, planet and profit - it is clear that exploiting limited resources and labour is not going to cut it.

Big business, however, has lagged behind in embracing sustainability. Echoing the thoughts of economist Milton Friedman that a business is only in the business of profit, some believe that you can have sustainability or profits but not both. Meanwhile, it is still commonplace to chase short-term results and incentivise CEOs with massive pay packets for delivering big bucks to shareholders at the expense of everything else.

Times are changing with the recognition that businesses which make sustainability a core strategic objective tend to perform better financially. It’s not simply a theoretical concept either; there is plenty of mounting evidence to back this up. This includes a University of Oxford meta-study which reviewed 200 sources and found that, in 90% of cases, good sustainable practices lower the cost of capital. Few people know this better than Tensie Whelan, the director of the NYU Stern Center for Sustainable Business. A leader in establishing the business case for sustainability, she is now in a position to push for change through a project called ROSI, the Return on Sustainability Investing. 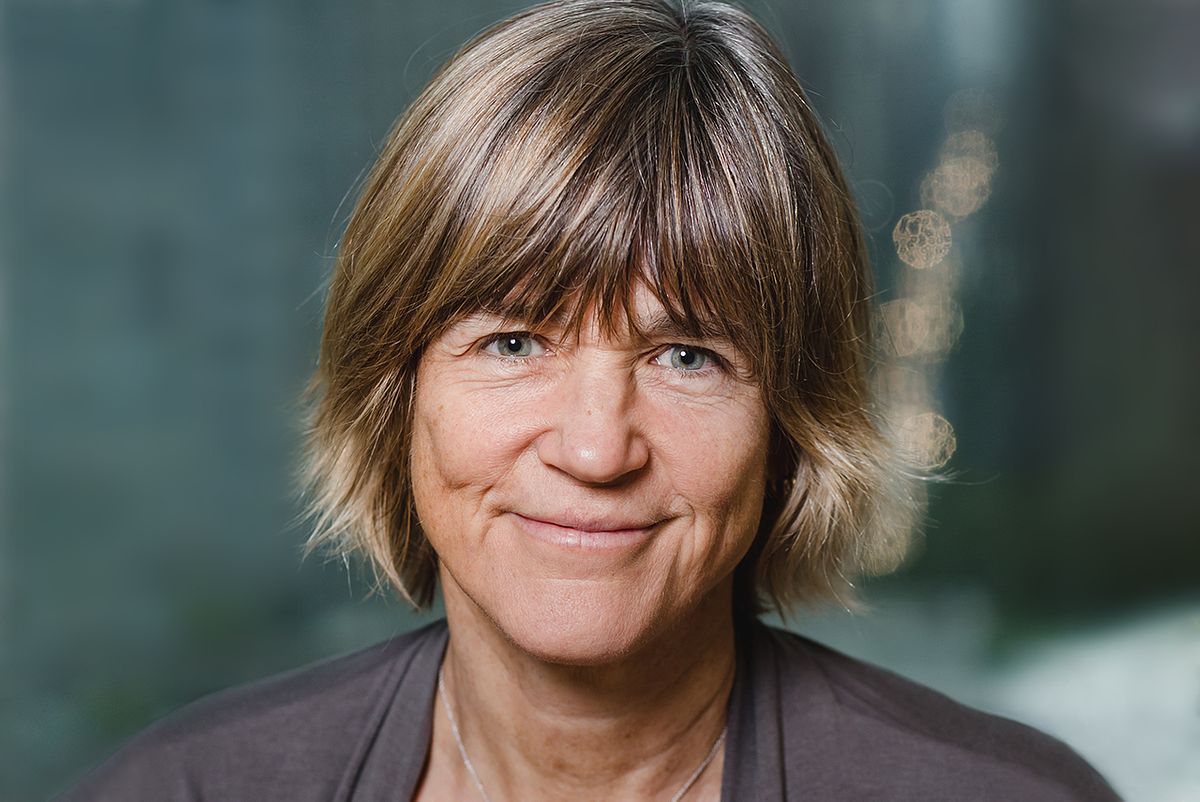 ROSI does what others have not been very good at doing up until now - tracking how the numbers stack up in favour of sustainability. “Companies are increasingly beginning to track ESG metrics and of course they track their financial metrics, but they’re not looking at how the two are combined,” argues Tensie. This can lead to poor decision-making by both companies and the investors who back them.

It is different with ROSI; NYU Stern Center for Sustainable Business (CSB) has identified nine factors that drive financial performance when sustainability is embedded into how a company operates. Some of these are innovation, better employee engagement and productivity, through to supplier loyalty, operational efficiency and improved sales and marketing. Overall, these reduce risk.

Once you understand how sustainability benefits a company, the next step is to monetise these benefits. Working with the automotive sector, for instance, the CSB found that one company had racked up $285m in savings through waste reduction strategies. Yet they didn’t know that those savings even existed, which were mostly achieved by something as simple as recycling paint and solvent. This is typical, confirms Tensie. In a previous lecture about ROSI, she told the audience: “There is so much value being created that nobody is tracking and good decision-making, which could help us to scale this up much faster, is not happening because we don’t understand the numbers.”

She talks about an apparel company that had been trying to reduce its greenhouse gas emissions by shifting away from incredibly polluting air carriers. When distribution costs started to spiral this year, the CSB analysed why. They found that air carriers were tripling the cost of air freight because of the knock-on effect of COVID-19. The company, however, avoided what would have been crippling costs because it had started to move away from air freight. “Over and over again we see these positive benefits when you apply the ROSI framework,” Tensie tells Invest for Good. “This is no longer seen as hippy-dippy stuff, it’s becoming mainstream conversation.” 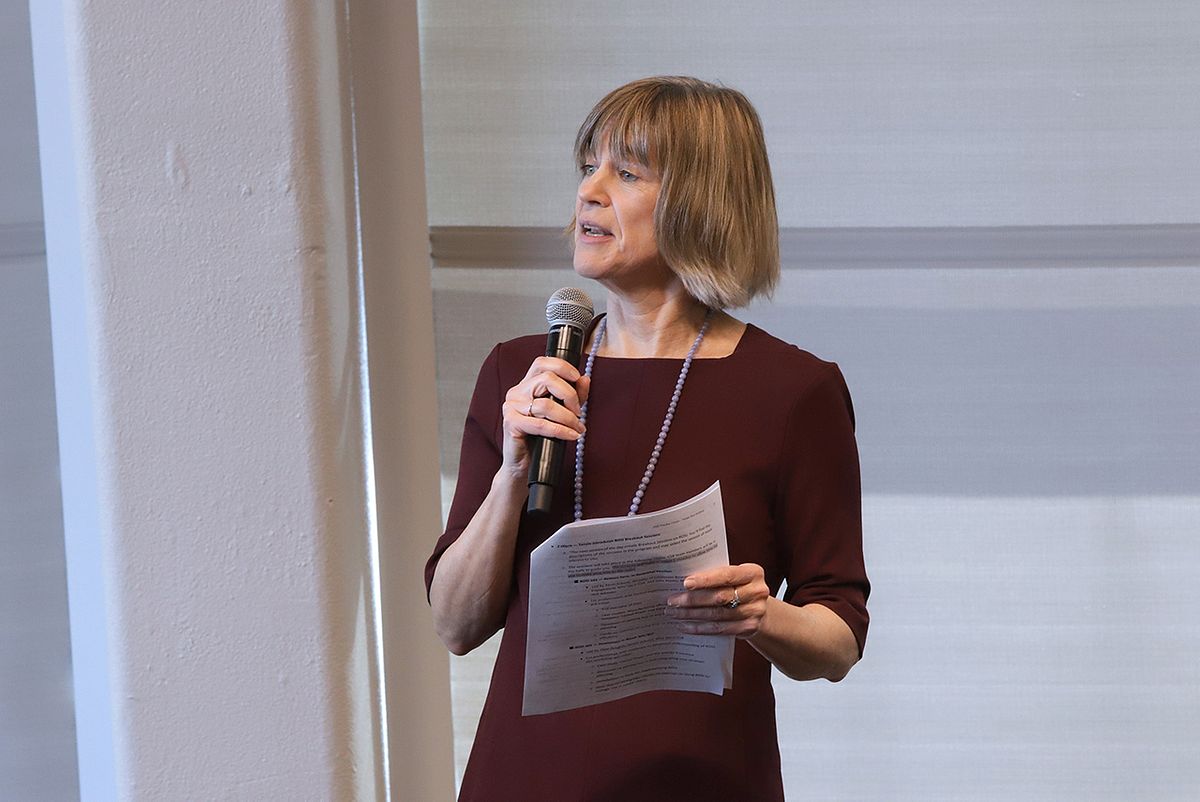 So why aren’t more companies moving quicker into sustainability? It partly goes back to the stubborn focus on shareholder capitalism and its big rewards for the few. “I think the corporate sector is genuinely tired of shareholder primacy,” Tensie observes, “but I think the incentives are still such that they are driving executives, boards and investors to press for short-term results.”

On the opposing side, there are those who believe stakeholder capitalism - meeting the needs of customers, employees and partners - is a better solution that won’t result in as much damage to the planet. Demonstrating a commitment to this view, the World Economic Forum has recently produced metrics for “sustainable value creation”. In partnership with 120 global CEOs, the report suggests a common set of metrics for companies that would like to align their performance against ESG indicators and the UN’s sustainable development goals.

Value can be intangible

Even though measurement is getting more robust and standardised, it’s true that much of the benefits of sustainability remain intangible. Indeed, Tensie quotes studies that demonstrate about 87% of a company’s value is in the intangibles. Value can be tied up in things such as intellectual property, reputation, employees and the brand. Sustainability overlaps into all of these areas. “We need to do a much better job of monetising those intangibles so that companies see the total financial picture,” argues the CSB director.

Going back to the automotive industry, the CSB found a couple of sustainable strategies did cost companies money but looking at the whole picture, they actually gained far more than they lost. It cost money, for example, to avoid sourcing conflict minerals but they made enormous amounts of money from waste reduction strategies that more than compensated for this loss.  “They don’t know that all this financial benefit is actually being created,” Tensie points out, “and the boards aren’t asking for it either. So I think this is something that the world is ripe for and we’ll start seeing more demand for it.”

Rise of the conscious consumer

Putting more demand on companies are consumers, who are increasingly looking to make conscious choices that align with their values. The CSB partnered with IRI, a market research company, to analyse purchasing data in the United States for 71,000 products across 36 consumer packaged goods [CPG] categories over the last five years. It included trends from mom-and-pop corner stores to larger retailers but excluded the sale of alcohol and tobacco. The study found sustainability-marketed products were responsible for 55% of the growth in consumer packaged goods across almost all the categories. This is despite the fact that the products branded as sustainable had a significant price premium of 39% versus their conventional counterparts.

“I can tell you that they are not paying a 39% premium for the sustainable products they’re selling,” says Tensie, who has worked with CPG companies in the past. “In some of the poorer demographics, the premium is the barrier and I think that if companies reduced their premium they could actually extend the purchasing of the products as well.”

Shortly after the CSB released the findings, Borden Dairy and Dean Foods, two of the largest dairy producers in the United States, announced bankruptcy because they weren’t keeping up with the shift in consumer demand for more sustainable products.

Their fate doesn’t really come as a huge surprise to the CSB director who believes that brands with a sense of purpose tend to last longer than those who simply value being cheaper. “People don’t really care about those cheaper brands. They could go away tomorrow if somebody comes up with a cheaper option. In order to be in the business long term, you actually need a more fundamental and more important, purpose-oriented proposition.” 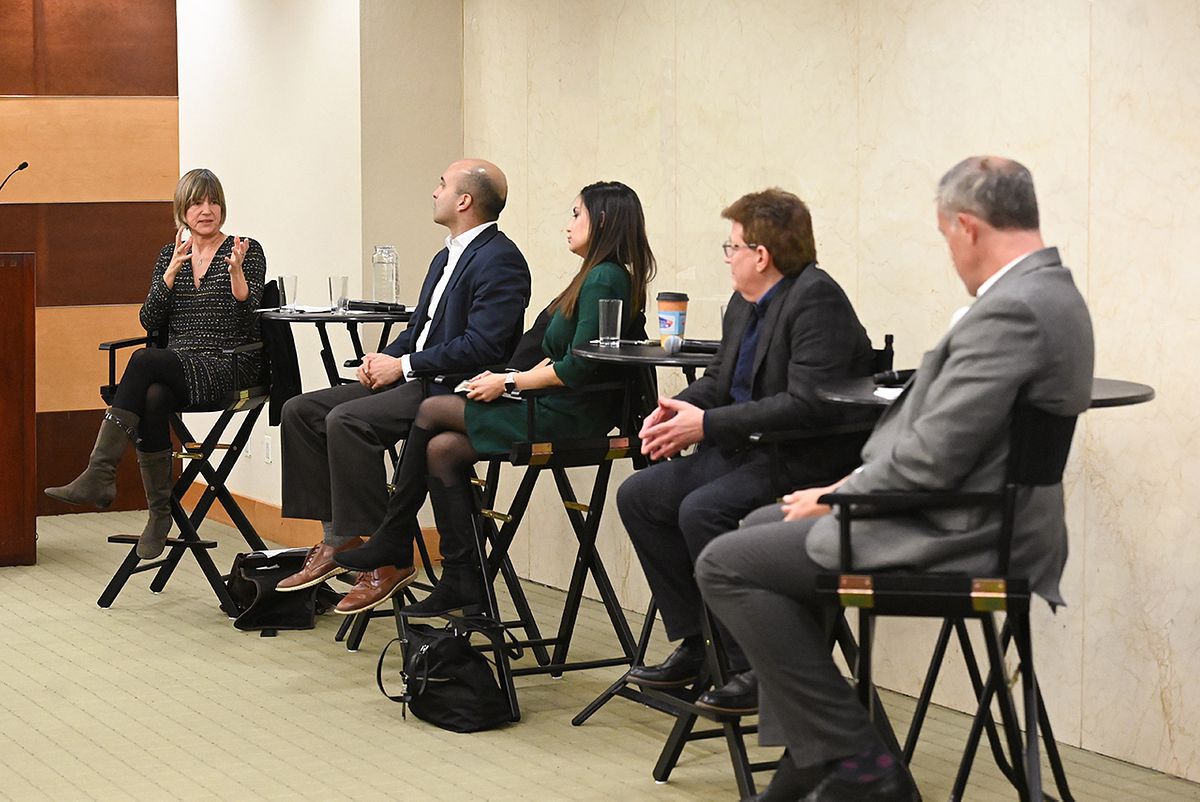 She uses the example of Unilever, a company that has recently expanded its portfolio to include more brands with purpose, as well as acquiring Ben and Jerry’s. While its profits have been dented by the pandemic, there was some positive news in its half-year results, with sales growth in North America of about seven percent. Compare this to Kraft Heinz, the major food and beverage conglomerate. It was created when Heinz, bought by Warren Buffet’s Berkshire Hathaway and Brazil’s 3G Capital in 2013, merged with Kraft Foods two years later. However, the merger took an activist-investor approach and it soon became a cost-cutting exercise to boost profits.

In various news reports, it is largely acknowledged that Kraft Heinz forgot its purpose - to make products people want to buy. It led to 3G Capital selling 25 million shares in the company. The outlook is bleak, with profits for Kraft Heinz plunging 35% in 2019 and a $15bn write-down. “Kraft is not paying attention to shifts in consumer demand for more nutritious and sustainable products,” says Tensie. “Companies need to start shifting because this recipe of the cheapest-price-as-possible, non-sustainable approach to things can only take you so far before it collapses around you.”

Tensie’s knowledge is backed up with years of experience. She spent 25 years at the Rainforest Alliance, where she worked across environmental and sustainability issues at local and international levels. She was motivated by the belief that she could shift how CEOs saw the impact of their work in places they rarely travelled to - interacting, for example, with coffee farmers who depended on the income from big business to feed their families. She came to believe that business and the environment are dependent on each other. “You need to actually figure out a way to produce things in a way that provides for livelihoods as well as sustainability and conservation. But it’s how business does business that has the biggest impact on the planet.”

When she left the Rainforest Alliance, she was wondering what next. She was approached to teach at NYU after guest lecturing. Instead of merely accepting the offer, she raised $1m from Citibank Foundation to start the Center for Sustainable Business, rightly spotting that Stern didn’t have a programme focusing on sustainability unlike some of its competitors. “It’s really exciting to see how students are now telling me they’re coming to Stern because of the sustainable business programme. It’s something that Stern has been really supportive of, but it was my idea to build this out.” 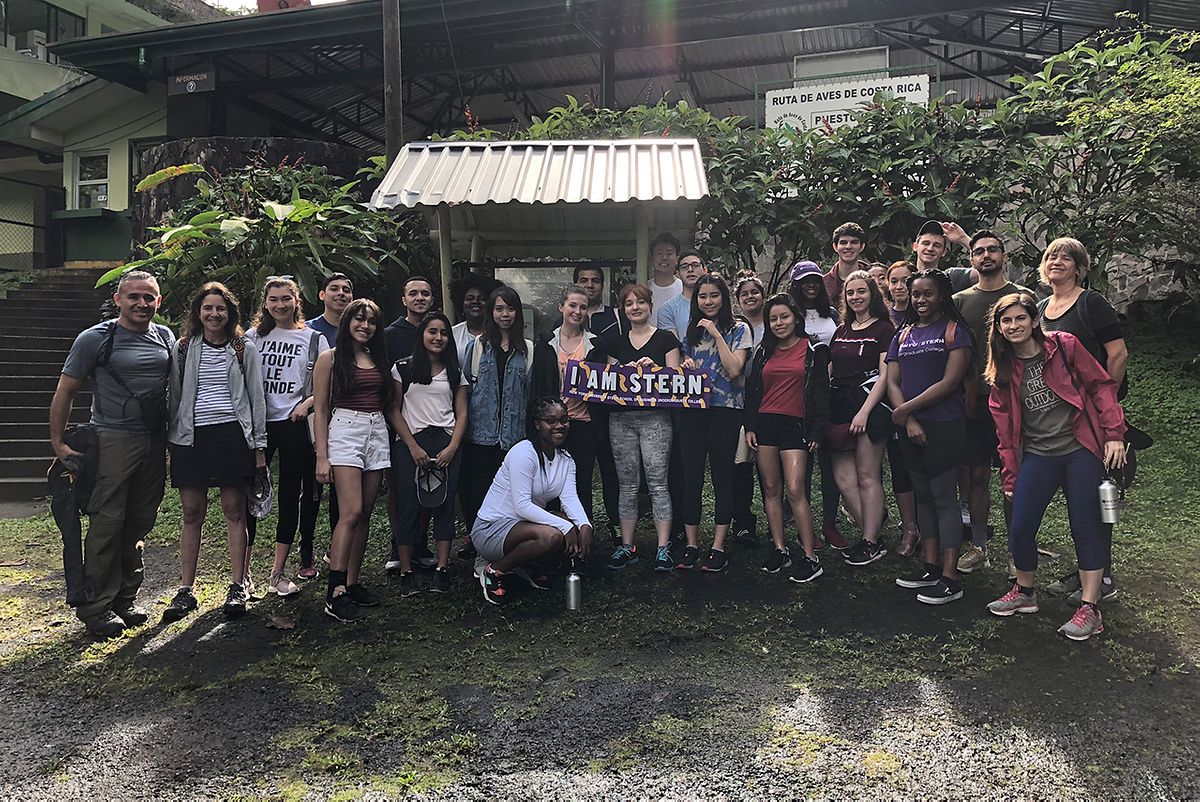 Working with young people, she sees those who are really committed and engaged around our impact on the planet and business’s role in that. Equally, she sees that some are more concerned about their paycheque. However, she’s encouraged by the number of young people who don’t see it as an “either/or proposition” unlike previous generations who might have justified what they did during office hours by giving some of their money away at night. “I think this generation rejects that and says that you really need to do your business in a different way.” She hopes that in 10 years her students will be in a position to make a difference and that some small part of what she shared with them will be part of what they do.

Like she tells her students, she tells our readers to have the courage of their convictions and to pursue a sustainable path. “Don’t let people tell you that there’s not an opportunity to really change the business that you’re working in, because there is. Whether you’re an investor or whether you’re a corporate leader, and whether you’re in sustainability or not, there are huge opportunities out there to do well by doing good.”

Tensie Whelan is the director of the NYU Stern Center for Sustainable Business.