Joy Anderson is the Founder and President of a think tank focused on using finance as a tool for social change. Instrumental in founding and shaping the gender lens investing field, the Criterion Institute continues to push what is possible when we believe we can change the financial systems within which we live.

Imagination is not just the preserve of the creative arts. In our fragmented world, we are all required to exercise our imagination when contemplating a different future.

This is the view of the Criterion Institute, a think-tank that advocates finance as a powerful tool for social change. Sitting at the helm is President and founder, Joy Anderson, who is not afraid to put forward imaginative ideas in the pursuit of justice and equality. Joy is all about changing the rules that dictate how our economy ticks.

Those who live in modern democracies understand the power that they wield to bring about change; their voice is heard by local representatives, and their vote can shift governments. However, not many people think the same way about systems of finance or the economy.

The Criterion Institute are actively challenging this attitude of financial apathy.

Joy Anderson believes that to motivate people to see themselves as changemakers, they need to be invited into the conversation. It is not about being or acting smart, Joy tells Invest for Good; it is about nurturing a porous organization that engages as many people as possible to make a difference. In essence, it means being open to solutions and insights that often come from unexpected sources.

The Criterion Institute seeks out social leaders - NGO workers, grassroots organizers, academics and others working in the diverse field of social change. Many of these stakeholders would not describe themselves as experts. However, when combined with the right funding, these are the individuals whose knowledge and expertise empower them to fundamentally alter outcomes. They are, in fact, the real experts of social change.

“Why,” Joy asks, “have they not traditionally been consulted by those in banking and finance?”

In the early days of social finance, Joy explains, there was arrogance on the part of some. They believed that they could use capital alone to make smarter, better and faster social change. These people felt they could reinvent things. Without substantive knowledge of power and structural inequities, this had huge unintended consequences, and much of the funding was wasted. Joy says, “It was a very privileged stance, ‘if we create a new app, it will change the world’.” 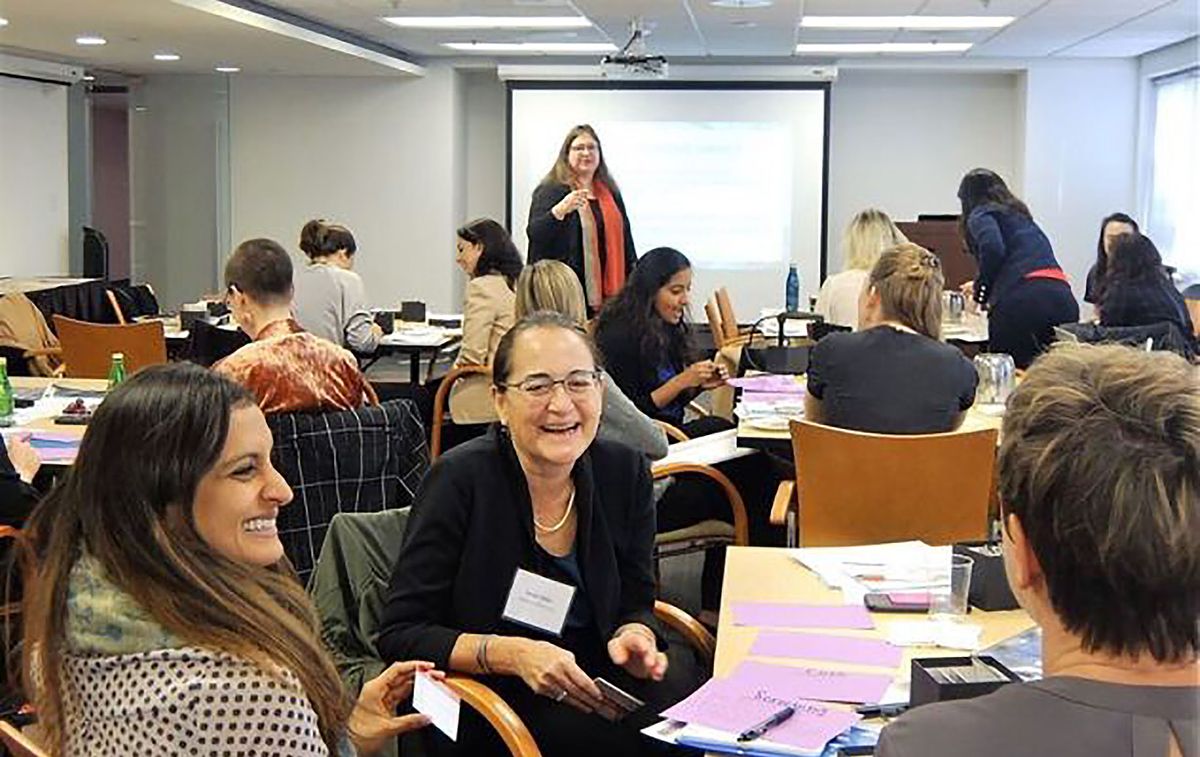 Following their own trajectory, Criterion Institute values inclusivity and the significance of personal humility. Rethinking finance, and the beneficiaries of this finance is crucial. Joy describes this as “careful dialogue” with leaders who truly understand structural inequalities and systems of injustice. This approach led the think-tank to develop a new field when this was in its infancy, gender lens investing. This work led to some frank conclusions.

Significantly, investing with a gender lens is not merely about promoting women-led businesses and having women on executive boards. It is also about the balance of power.

“I hope we can translate the field into one that can actually address issues of race and the intersection of gender with all kinds of other identities and power dynamics,” the founder says.

Rethinking what finance can do

The Criterion Institute will soon release a white paper focusing on power dynamics and how these have shaped the fields of private climate finance and gender lens investing. It is one of many tools under development by the organization to support investors in recognizing and addressing bias, power and privilege as these show up within their own practices.

It is also working closely with the government to ensure that the financial initiatives that they back are innovative and push investors within the private sector to align with gender policies, as well as broader development goals. Joy feels that the implementation of support is too often reduced to box-ticking. To combat this, the non-profit has recently collaborated with GIIN on the Gender Lens Theme of their Navigating Impact initiative. This makes it simpler for investors to align their capital and to implement strategies that can impact gender equality across a variety of sectors and contexts.

In a related area, the Criterion Institute is making progress on rethinking how finance can help address gender-based violence. One of their stated aims is to move $10bn worth of capital into strategies that should lead to real solutions. Engaging directly with investors, philanthropists and social change experts offer the best opportunity to build awareness. Joy explains that although people are keen to invest in better online systems, they may not have thought about the real risks associated with increased violence such as online trafficking and surveillance. These issues of surveillance put women at risk of coercive behaviour, with abusive partners able to further control what goes on in the home. Issues like this are not ones that the average investor traditionally consider when they are looking at investing in digital environments.

According to the UN, approximately 243m women and girls aged 15-49 will have been subjected to physical or sexual abuse by an intimate partner in the last 12 months. In times of crisis, such as COVID-19, these numbers will of course spike. In France, for example, the UN states that domestic violence cases went up 30% since lockdown in March while in Australia it was 40%. In the past year, Criterion has received funding from Unicef to work on the cost of inaction to prevent gender-based violence in emergencies.

Joy says that she is the type of person Criterion would like to reach. “Twenty years ago, I was a high school teacher, and I’d never taken a finance class in my life. So I was a sort of poster child for who we are trying to impact.”

She worked in New York City public schools to understand how power works in large systems. In the eight years she spent as a teacher, she became involved in running federal grants for the school system, an experience that helped her move into finance. 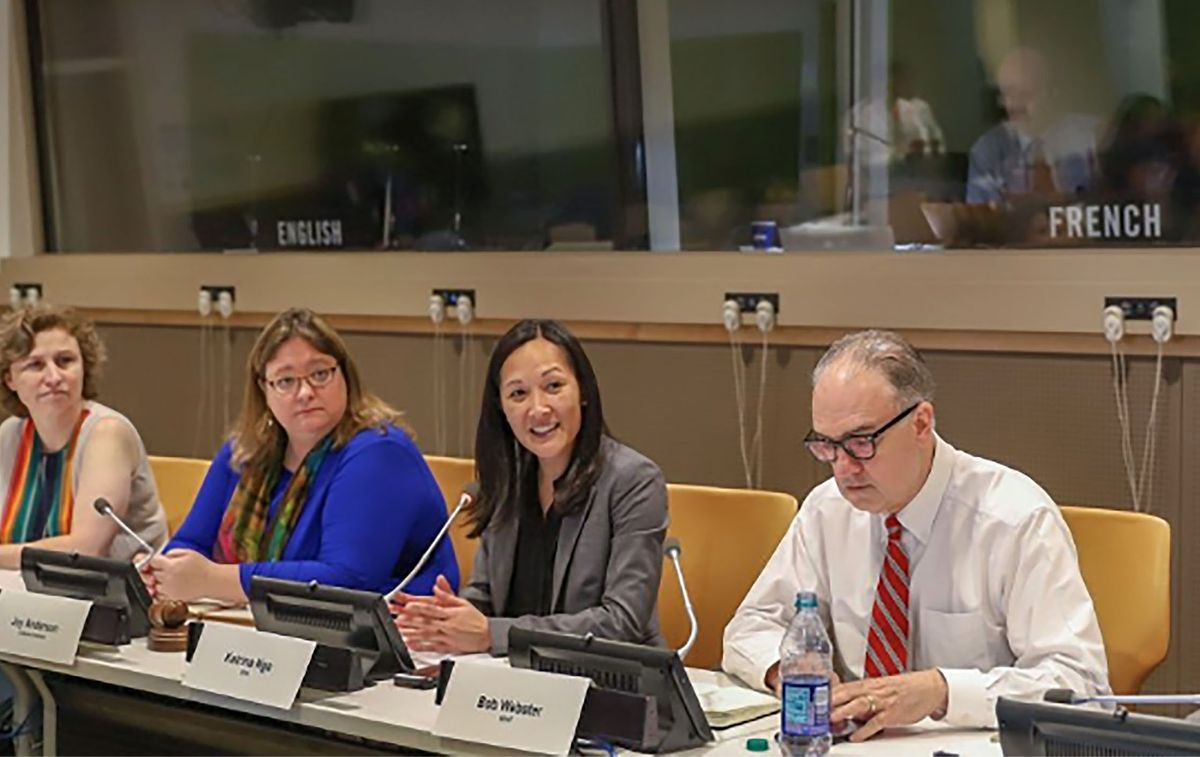 Eventually, she took up a new role at a consulting firm in Milwaukee where she was seen as someone who could write grant proposals. Just two days after she started the firm landed a contract with a non-profit pension fund of the United Methodist Church.

“I went from a classroom teacher in June to advising a $14bn pension fund on healthcare strategy in August,” Joy recalls. The time she spent working in consulting once again got her thinking about the power of money: how it worked, how it moved and to whom.

In 2002 she founded the Criterion Institute as an alternative to the work of the consulting firm. This became the place where she could further explore the connection between people and the large systems in which they existed. Going back to her experience as a high school teacher, Joy knew first hand that these systems had varying impact on different people. She explains how there were kids who thought they were going to survive the system and those who believed they were able to change it.

“It’s not what I can do in this pension fund, not how clever I am, not what I understand about systems change,” Joy clarifies. A core focus of Criterion is expanding those who see themselves as someone who can make those kinds of changes. The think tank has evolved its business model in 18 years, but its goal still revolves around engaging more people. For Joy, the question remains unchanged, “How do we change the power dynamic for those whose voice and whose knowledge matters in this amazing experiment of rethinking finance?”

Imagining what is possible

Challenging the way the financial system works is not straightforward. Often, the people who are best placed to speak up about change, are reliant on the system for their living. In this context, honesty can hard to come by. Balancing the freedom to be prophetic, the bravery to speak the truth and the necessity to be in service to systems of finance is an ongoing struggle.

What the Criterion Institute does is push people to imagine what is possible, not stay grounded in the current reality of operating within systems of power. The leader of Criterion acknowledges too that some people do not want to change. “We work with people who are dissatisfied with the status quo, but can do very little with people for whom things are perfectly comfortable.” 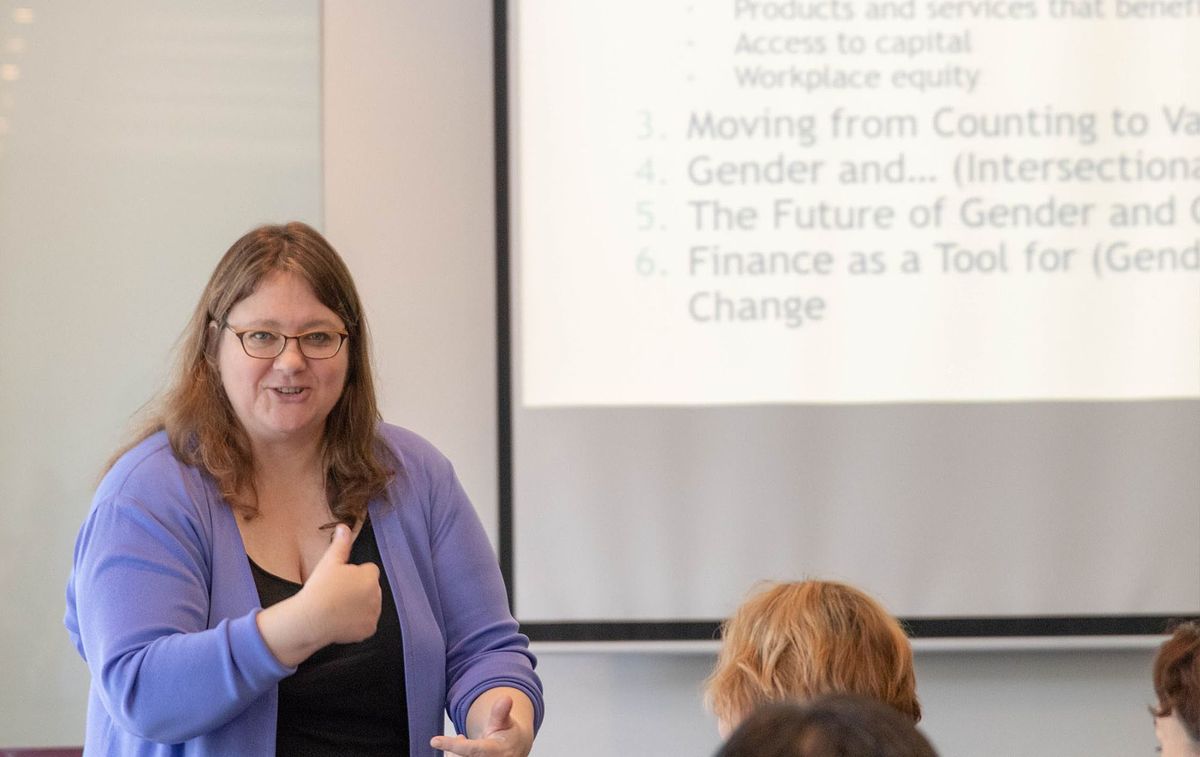 Despite the current global uncertainty, Criterion is on a path of abundance and has a strategic plan for the next decade. This includes more work with social justice leaders, social change movements and governments. It involves more research on gender-based violence and on implementing policies designed to help the disadvantaged and vulnerable. The strategic vision continues to push the possibilities for social finance, urging those in positions of power to engage their imagination with less emphasis on what has not worked before.

There is a real sense of optimism in Joy’s outlook that is derived from hope. Imagine what we could do if we made more connections with one another and saw the economy as a place where we all could have influence.

As she says, “We need to be investing as if the future we are trying to create is possible.”

Joy is the President and Founder of the Criterion Institute.