It's true that leaders emerge during times of crisis such as these. However, the best leaders are those who eventually work themselves out of a job, argues one social entrepreneur.

Some business leaders will try to hold on to power for as long as possible, no matter what comes. Others will recognise when it’s time to let go. Ayla Schlosser falls into the latter camp, for reasons that may come as a surprise - her business wasn’t a failure, it was a huge success. So why would she choose to step away? 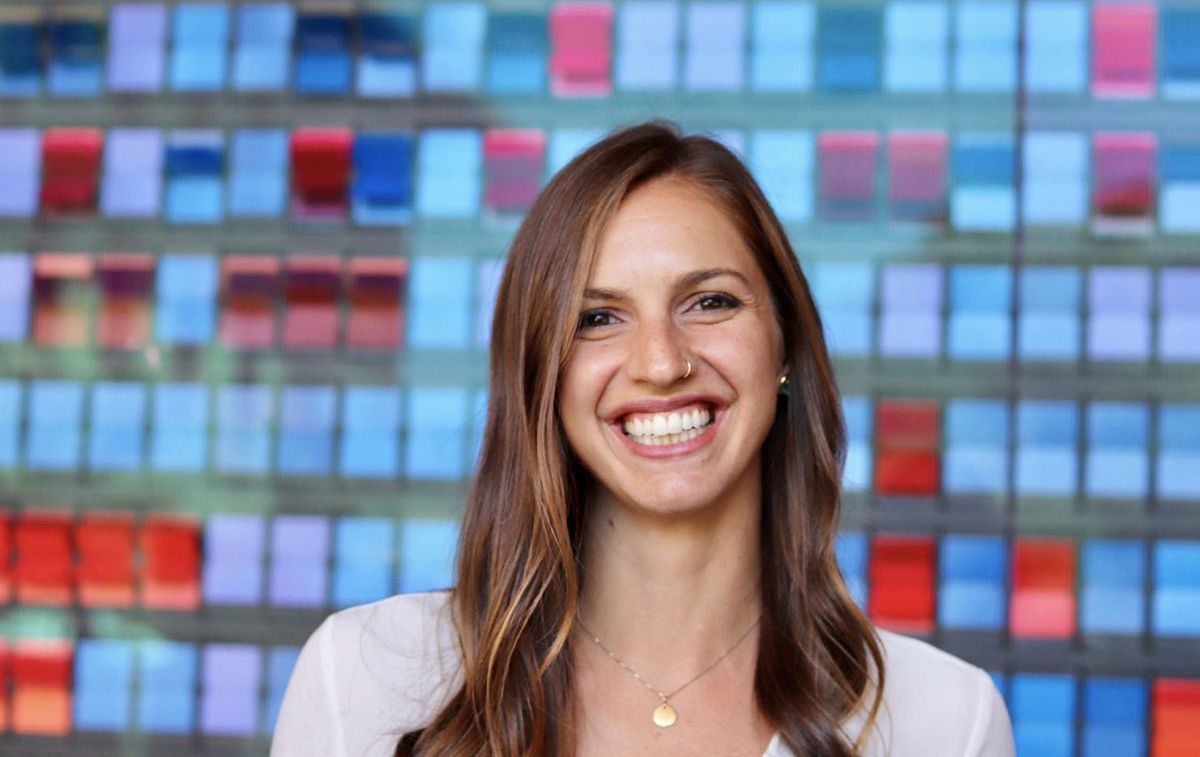 It comes down to her belief that the best leaders are those who become obsolete. “Those who are best at their work are those who work themselves out of a job,” she said at a TedX talk on leadership.

Ayla’s job at the time was to head up Resonate, an organisation that helps women in Rwanda develop leadership and confidence skills to create positive change and fulfill their potential. As the founder and CEO, her decision to leave did not come easily. “I loved the work at Resonate and I could've continued to do it forever, but it didn't have to be me leading it any more. If it didn’t have to be me, then it shouldn't be me,” she reasons.

I loved the work at Resonate and I could've continued to do it forever, but it didn't have to be me leading it any more. If it didn’t have to be me, then it shouldn't be me.

In reaching her decision, Ayla had to face some uncomfortable truths, namely that she was a white American woman leading an organisation that supports East African women. “To truly embody the mission of our organisation, Resonate should be led by an East African.” She stepped out of her day-to-day role in 2019 and took a position on the board of directors. Resonate is today headed up by  Norette Turimuci, who leads a team of East African women - and it has continued to thrive, with the numbers to prove it.

Despite the transition of leadership, Resonate last year trained more participants than ever before: more than 8000 women have now been through their training. It’s even more impressive when you learn that 60 percent of their participants go on to take a leadership role, perhaps with a local council; 36 percent start their own business; and 43 percent take a professional or academic opportunity. “It’s pretty remarkable. Some of them are doing more than one of those things, which is just really phenomenal,” Ayla tells Invest for Good.

Now back in California, Ayla has had time to reflect on the past few years. At the time she started Resonate in 2013, the founder was only 25. “I definitely had youthful optimism on my side,” she admits. “I think if I had any idea what I was getting into, I would’ve deemed myself underqualified.” Ayla’s background was in community organising, which unites people to solve common problems and make the world a better place. It was used by Barack Obama - himself a former community organiser in Chicago - to help mobilise people to back his policies and, later, his reelection campaign. Community organisers use public narrative, a powerful tool that empowers people to be proactive in the face of challenges.

Ayla believed she could apply the principles she’d learned as a community organiser to a place such as Rwanda, where women make up 64% of parliament but are still faced with societal challenges and injustice. “I really believed in the tools of community organising to make a change. I certainly came to Rwanda with the intention of making those known, but I don’t think I really thought, I’m going to start a business.”

She set about partnering with groups in the country that were already teaching women hard skills, such as in business and finance. By integrating storytelling into these programmes, the aim was to shift the mindset of women who perhaps had obvious skills but little confidence in applying them. Over two days, the women on the Storytelling for Leadership course are taught to reframe the events in their life, to focus not on things that have happened to them, but on the choices they have made based on their values.

In recalling the training, Ayla says: “The most magical moment is when there’s a woman sharing her story, and the women listening are thinking, ‘My goodness, she’s so inspiring, she’s such a leader,’ and then they realise, ‘Wait a minute, she’s just like me.’ Seeing that reflected back at each other is really powerful.” Resonate now has worked with over 65 partners in East Africa and it has added three more programmes: one in professional development; another that helps participants implement community projects; and one that prepares others to be training facilitators.

The power of what she was able to build in partnership with others was something that struck Ayla during her going-away party. One of the surprise guests was Annonciatha, the second wife to an unsupportive husband, who ultimately made the decision to leave him. The decision left her struggling with feelings of shame and the loss of income. Hoping to start her own business, she went through Resonate’s training. It was then she was able to see that her choices were courageous, not shameful. Instilled with new confidence, she’d opened a supermarket and was putting her grandson through school. It is stories like these that motivate Ayla and the Resonate team daily. “I just burst into tears as soon as I saw her,” Ayla remembers.

In spite of the many highs, there were of course lows. The former CEO says it was particularly difficult to be a solo founder: “That was absolutely the hardest part for me - the feeling that I didn’t have someone to share it with.” Although Ayla did have a co-founder early on, she left for the United States about two years after Resonate was established. “Whenever people ask me for advice about whether or not they should start an organisation, the first thing I say is, make sure you have a co-founder.”

Part of it comes down to the loneliness of being at the top and the responsibility of having people depend on you for their livelihood. What Ayla believes helped to make her successful is admitting that she didn’t have all the answers. Instead, she spent a lot of time listening to others and surrounding herself with a team of trusted mentors and advisors. It’s an approach, she says, that occasionally conflicted with people’s ideas of what it means to be an entrepreneur. “One of the expectations is that you are unwaveringly sure that what you're doing is the right thing to do. It's sometimes difficult to balance that attitude and mindset with the recognition that you might not know how to do it.”

People’s views additionally played a role in Ayla’s fundraising efforts. Resonate is a for-profit company in Rwanda that charges for its training. Ultimately, however, its shares are owned by a U.S. nonprofit. For that reason, Ayla spent some of her time as the CEO raising money from donors to expand programming and resources. It was an important part of her job, but as a young woman she faced some barriers to fundraising that, ironically, affected her self-confidence. “I often joke that I am the problem that I’m trying to solve in the world,” she sighs.

Some of these obstacles came down to potential male donors making comments about her appearance. It’s a problem she wrote about in the Huffington post: “My expectation in building relationships with funders is that the connection is rooted in mutual professional respect for one another. But when a meeting starts with a remark on my physical appearance, it reinforces the power dynamics at play - especially the gender dynamics.” It led her to conclude that female entrepreneurs can have the odds stacked against them when trying to attract investment.

Ayla is now hoping to use some of what she’s learned to help other entrepreneurs negotiating tricky problems. She’s currently at Stanford Graduate School of Business as a Sloan Fellow and is studying for an accelerated MBA. “For me, it was really about making a transition from being an entrepreneur to supporting others doing social impact work globally.” Her ambition is to drive more resources to projects and to provide strategic and operational support for people who have ideas that can positively change the world.

While she’s not categorically saying she won’t start another business, Ayla explains that right now her interest is broader-based: “It’s really interesting and appealing to me to be able to step back and look at things from a more systemic level and try to understand trends and why things are happening, and what opportunities exist.”

Before embarking on the next chapter of her life, she’s keeping busy with her studies and a handful of hobbies. That includes singing in a band, running, hiking, cooking and exploring the beauty of northern California. Her reading includes A New Earth by Eckhart Tolle, which she has read twice and recommends for those coming out of a leadership role; and the aptly named Transitions by William Bridges. This summer she has plans to go back to Rwanda and touch base with the Resonate team, which she says are “kicking butt in Rwanda right now”. Ayla is incredibly proud of what she accomplished with Resonate, but she’s prouder still that she knew when it was time to go.

Ayla Schlosser is on Resonate’s board of directors and is currently studying at Stanford Graduate School of Business. You can contact her through linkedin. For more about the work that Resonate does in East Africa, visit the website. 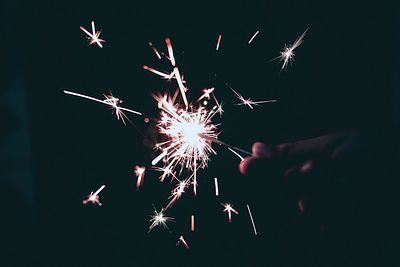 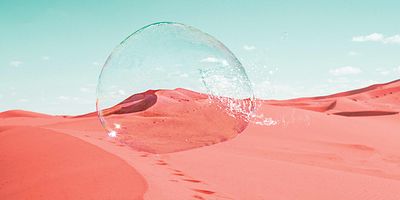